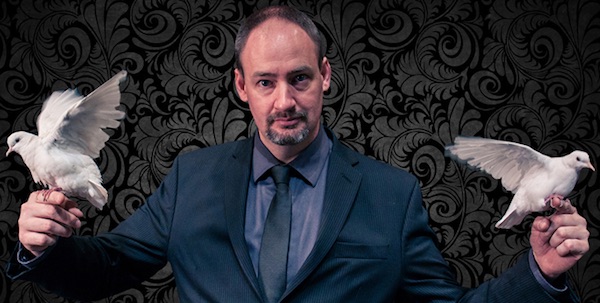 “Dan the Magic Man,” whose real name is Daniel Kamenicky, 39, was arrested on August 24 after police executed a search warrant on a residence.

Police were alerted by the National Centre for Missing and Exploited Children that between June 13 and August 11, 2016, local IP addresses were being utilized to upload images and videos of child pornography.

Kamenicky has been charged with making, distributing and possessing child pornography, as well as voyeurism.

Kamenicky’s website and social media profiles have all been deleted, but are still available on Google by viewing cached versions. His website briefly stated customers book a fellow magician by the name of “Mr. Ken,” but removed the referral once news of his arrest was released Monday morning.

A home on Penticton Bay in Windsor Park is listed as Kamenicky’s residence on his Google business listing.

The investigation is continuing. Anyone with additional information is asked to contact police at (204) 786-TIPS (8477).