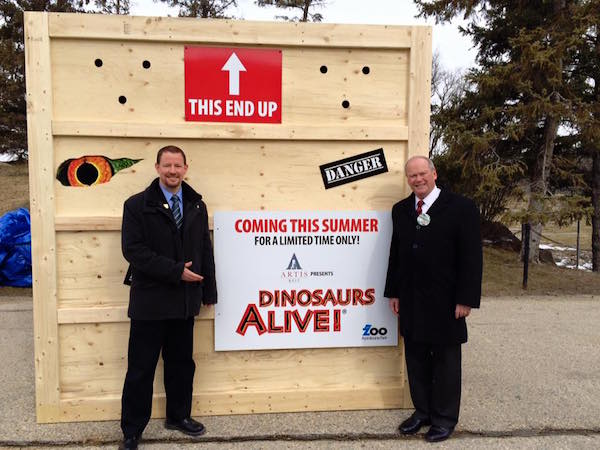 ‘Dinosaurs Alive!’ is being held over at Assiniboine Park Zoo until October 30. (FACEBOOK)

WINNIPEG — People love dinosaurs. So the Assiniboine Park Zoo has asked them to say.

What was supposed to end on September 5 has now been extended due to demand.

“Dinosaurs Alive! has been so popular with our zoo visitors this summer season that it only made sense to extend it so the public can continue to enjoy it throughout the fall,” said Gary Lunsford, head of zoological operations at Assiniboine Park Zoo.

“We knew this exhibit would be popular with kids, but it’s been fantastic to see visitors of all ages really enjoying the experience.”

Zoo officials say the exhibit drew a record number of visitors during its opening on the May long weekend. More than 15,500 people visited the zoo between May 21-23.

Dinosaurs Alive! features 15 life-sized animatronic dinosaurs throughout a forested path in the Zoo. The exhibit offers visitors the opportunity to step back in time to the prehistoric era as the lifelike dinosaurs move and roar demonstrating how they may have looked and moved in a natural environment millions of years ago. In addition to the dinosaurs themselves, the exhibit features a dig site and excavation site where children of all ages can discover what it’s like to be a paleontologist.