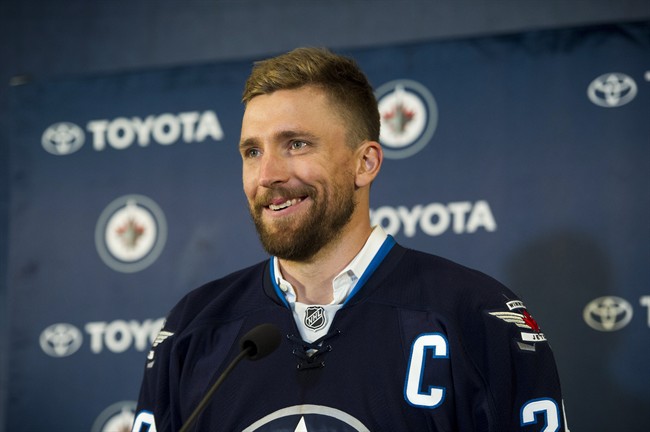 Winnipeg Jets’ new captain Blake Wheeler speaks to the media during a press conference in Winnipeg on Wednesday, August 31, 2016. (THE CANADIAN PRESS/David Lipnowski)

On his 30th birthday, the Winnipeg Jets named forward Blake Wheeler as their new team captain on Wednesday.

Dustin Byfuglien and Mark Scheifele have been named as alternate captains.

Wheeler has been with the Jets organization for the past seven seasons, serving the last three years as an alternate captain to Andrew Ladd.

Before arriving in Winnipeg, he played two seasons between the Atlana Thrashers and Boston Bruins.

In 2013, Wheeler signed a six-year contract extension with the Jets.

We’re proud to announce the new captain of the #NHLJets…@BiggieFunke! pic.twitter.com/pyYJ4yEpfq