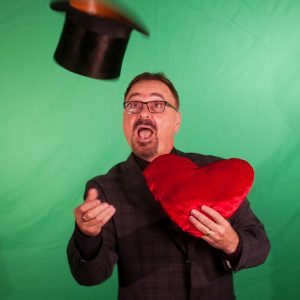 The sports and business community is mourning the loss of Jerry Maslowsky.

Maslowsky, a former marketing executive with the Winnipeg Blue Bombers, passed away Saturday after a short battle with cancer. He was 58.

Maslowsky most recently served as CEO of Variety, the Children’s Charity of Manitoba. He had been on leave from his position at the time of his passing.

The Winnipeg Blue Bombers paid tribute to Maslowsky during Sunday’s Labour Day Classic in Regina. Players wore the letters “JM” on their helmets.

The Winnipeg Goldeyes also showed signs of support over the weekend with the same letters etched into the field at Shaw Park. One of Maslowsky’s daughters, Tara, is the team’s promotions manager.

Maslowsky worked for the Bombers from 2000-2014 as VP of sales and marketing before taking on his role to head up Variety. During his two years with the charity, he worked on a number of initiatives to benefit children in the community and was a champion for providing positive change at every opportunity.

He had also spent time in sales and marketing roles with the Pan American Games, 680 CJOB, and CKND (now Global Winnipeg).

An outpouring of support was communicated on social media over the weekend and leading up to his passing, as news of his diagnosis broke last week.

“The family would like time and privacy to cope with the sudden loss but appreciates all the love and support that has been sent their way,” a message on Facebook said.

A celebration of life will take place Thursday, September 8 in the RBC Convention Centre’s York Ballroom. Doors open at 6 p.m. with the program to begin at 7 p.m.