Crosby Back as Tim Hortons Pitchman 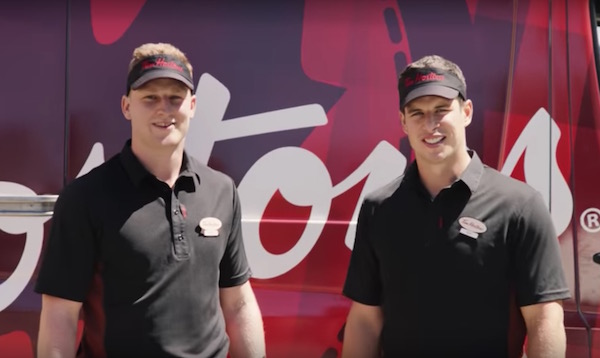 Pittsburgh Penguins captain Sidney Crosby is reprising his role as the face of Tim Hortons commercials this hockey season.

Along with Colorado Avalanche centre Nathan MacKinnon, the two star in a new three-part online video series debuting today in time for the 2016-17 NHL season.

“This year, Sid and Nate hit the road to surprise a ball hockey team mid-game and bring a well-deserved coffee break to a dedicated team of firefighters at a local Halifax Fire Station,” the coffee chain said in a release.

The three-part series can be viewed on the restaurant’s YouTube channel or watch them below.

Tim Hortons is also introducing a new cup design to cheer on Team Canada in the World Cup of Hockey 2016.