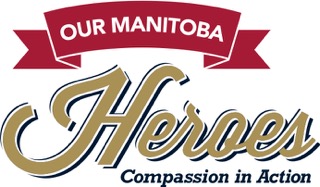 Part of Our Manitoba Heroes Day, it’s the fourth year that five local winners have been chosen for their outstanding commitment to the community.

The five will be honoured at a gala dinner Saturday, September 17 at Club Regent Event Centre.

Jeff Fisher — In 2002, Jeff spearheaded Project-ECHO. (ELITE Cooperative Help Organization). ECHO has since provided thousands of Winnipeggers with food/clothing and compassion over the holiday season. T In 2013, Project ECHO lead the charge in building a new commercial kitchen at the Lighthouse Mission that was able to provide more than 500 hot full meals, per day – a dramatic increase from the 120 bowls of soup the kitchen was able to provide previously.

Danny Kleinsasser — He is a huge supporter of several other Winnipeg charities, including Winnipeg Harvest, Youth for Christ, Teen Challenge, Lighthouse Mission, CJOB’s ‘Hunger for Hope’, the Winnipeg Goldeyes’ Field of Dreams Foundation, the Kidney Foundation’s ‘Raising Hope on the Runway’ campaign, and the Springs Inner City Church, Ride for Dad, Ride for Mom, goose shoots, the MS Society and many more.

Samantha Lussier — In 2015, through a Facebook post Samantha became aware of 11 year old, Allexis Siebrecht, who was in desperate search of a liver donor. Samantha was already on the bone marrow transplant list, and sent in an application and began the testing procedures. After vigorous testing she was not a perfect match but she began a media awareness campaign which involved countless interviews to local and national media to help Allexis as well as to raise the money needed for Samantha and her mother to fly to Toronto to undergo further testing. Many new potential organ donors came forward to register with Transplant Manitoba and Samantha raised approximately $30,000. Allexis did end up getting her liver from a deceased donor and she and Samantha now have a friendship and a bond that will last a lifetime.

Ian Rabb — Before building the Aurora Recovery Centre, a five-year dream in the making, Ian saw a need for aftercare for people completing addictions treatment. In 2007, Ian established Two Ten Recovery Inc., a non-profit 14 bed home for men and then 2009, he also established Destiny House, a 12 bed home for women recovering from addiction. The three homes combined help at least 115 people per year to rebuild their lives – in excess of 1,000 people to date.

Big Daddy Tazz — Known as the Bi-Polar Buddha, Tazz diligently travels North America with his “Stand – Up Against Stigma” campaign, speaking openly about his mental illnesses to help eliminate the stigma associated with being diagnosed with a mental illness. His latest endeavour, “Running A.M.O.K (Actively Motivating Our Kids)” has Tazz visiting various schools across Manitoba in his NT Bully (Anti-Bully) Machine, a sparkle pink, teal and purple jeep.

Part of the evening’s festivities will include both silent and live auctions, local artists, musicians, community leaders and special guest presenters.

Proceeds from this event will support programs and initiatives at ANAVETS, Broadway Neighbourhood Centre and Wildlife Haven.

The @ManitobaHeroes flag flying at City Hall today! TY to this year's heroes for your passion & dedication. #MBProud pic.twitter.com/1JgtWX99JJ