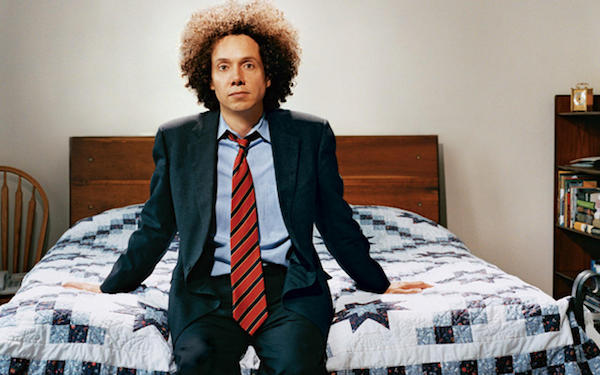 NEEPAWA, Man. — Last week, I had the opportunity to catch up on some podcasts — one of which was author Malcolm Gladwell’s new podcast, Revisionist History. One episode, called “Hallelujah,” particularly stood out. It looks at two kinds of talent, the kind that bursts on to the scene and the kind that takes some time to develop.

Conceptual innovators are the people we usually think of when we think of talent or genius. We think of child prodigies and those in their 20s who are at the top of their field. Examples aren’t hard to find and we frequently celebrate such successes. We can point to Orson Welles’ Citizen Kane, which he made at 25. We can point to Picasso’s Les Demoiselles d’Avignon, which is arguably the most important modern painting and ushered in cubism. It was painted at 26 years of age.

But for those of us who have passed those years and have yet to be seen as a stand-out, there is another kind of talent; experimental innovators. For these creators, their skills take a while to blossom, these are the people we call late bloomers. There are lots of examples of these kinds of talents too. Alfred Hitchcock’s best movies were done between the ages of 54 and 61. Mark Twain published “The Adventures of Huckleberry Finn” when he was 49. The artist Cezanne also falls into this category; the works he painted in his mid-sixties are worth 15 times more than those painted when he was a young man.

In talking about these ideas, Gladwell references economist David Galenson, who published a book on this topic, called Old Masters and Young Geniuses. Through his research, Galenson found that there are two distinct paths to innovation, each associated with different characteristics.

Galenson explains it this way: “Experimental innovators are motivated by aesthetic criteria and their art is based on visual perception. Their goals are imprecise, so they work tentatively, by trial and error, frequently revising their [work]. They build their skills gradually and their innovations generally appear late in their lives. In contrast, conceptual innovators use their art to express ideas or emotions. Their goals are precise, so they can plan their works and execute them systematically. Radical conceptual innovations decisively violate existing conventions and the ability to do this is greatest before an artist’s habits of thought have become entrenched. The most important conceptual innovations consequently tend to occur early in an artist’s career.”

We understand that in a lot of areas, it takes time to build the necessary skills, but when it comes to creativity, we tend to only recognize one type of talent. For example, when I search “Songs written in a short amount of time”, my first eights hits are lists of quickly written songs. I got to the fourth page of a search of songs that took a long time to write without finding one list.

The title of Gladwell’s podcast refers to the Leonard Cohen song by the same name– a powerful example of experimental innovation. Cohen’s version was first released on a 1984 album and he once told Bob Dylan that it had taken him two years to write the song.The full version of has 15 verses, though Cohen is said to have originally written 80 verses and he continued to tweak it in live performances. Though extremely popular now, that wasn’t the case when Jeff Buckley included the song on his 1994 album, Grace. Buckley’s version is the definitive one, Time called it ‘one of the great songs’ and it’s on Rolling Stone magazine’s list of ‘The 500 Greatest Songs of All Time’, but it’s actually once removed from Cohen’s original. It’s based on a version performed by John Cale, of the Velvet Underground, on a tribute album to Cohen. This song is popular now, but it took close to two decades and three artists for its brilliance to be fully developed and recognized.

I really like this idea because it encourages us to see talent in all people, including ourselves. I like it because in the end, no one kind of talent is better than another, their works are equally brilliant and can be seen as equally revolutionary. Even though a person may not show blinding skill at a young age, that doesn’t mean they won’t. This idea encourages us to keep learning and keep pressing, that’s a concept I like.