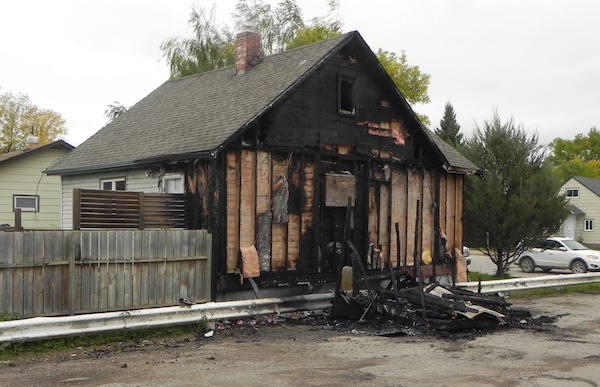 A mother and three children were rescued from this burning home in Dauphin, Manitoba on Sunday, September 11, 2016. (RCMP HANDOUT)

Police suspect arson to be the cause of a fire in Dauphin after a mother and her three children were rescued over the weekend.

Emergency crews responded on Sunday at around 3:25 a.m. after a shed on fire had quickly spread to an adjacent residence.

Two officers banged on the windows and doors, but nobody answered. A mother and her three children were woken up after officers entered the home and evacuated them safely. No one was injured.

No arrests have been made in connection to the fire.