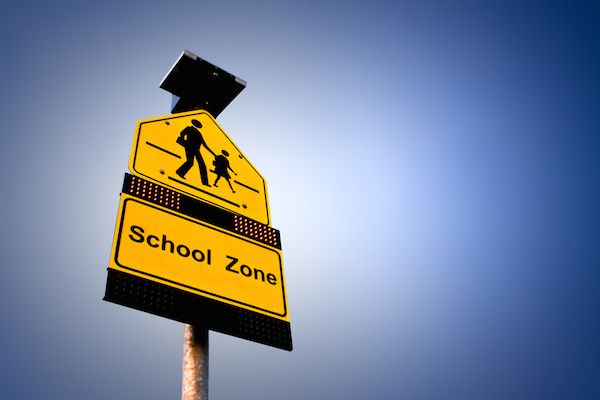 Back to school means CAA Manitoba is back at it ensuring drivers know how to act while driving through school zones.

The automobile association teamed up once again with Winnipeg police on Wednesday for their sixth annual Back to School Safety Assessment.

“This assessment is a snapshot of what road behavior looks like in school zones throughout the day,” said Mike Mager, president and CEO of CAA Manitoba.

“I’d like to say drivers get an A for effort, but unfortunately I can’t. We continue to see too many motorists speed through school zones or drive dangerously, putting our children and families at risk.”

One driver was caught going 65 km/h in a 30 km/h zone — just one of 76 motorists caught speeding by the WPS traffic unit.