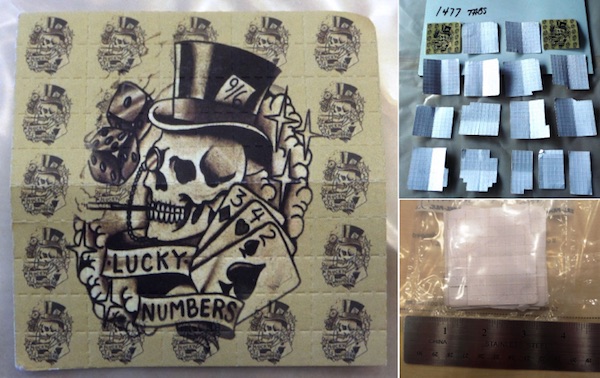 Potential carfentanil in the form of 1,477 blotter tabs was seized from a West End hotel on Monday, September 12, 2016. (WPS / HANDOUT)

Winnipeg police have seized what they believe to be a large quantity of carfentanil from a West End hotel.

Officers with the tactical support team executed a search warrant on a hotel room on Monday, where they located 1,477 blotter tabs valued at approximately $30,000.

Lab tests haven’t confirmed whether the substance is officially carfentanil, which police describe as a more toxic variant of the drug fentanyl.

Grayson Richard Parris, 37, of Winnipeg has been charged with possession of a scheduled substance and for the purpose of trafficking, and possession of proceeds of crime.

Police say if you’re using opioid drugs, such as heroin, morphine, or fentanyl:

For information about Naloxone and fentanyl go to knowyoursource.ca. To get your own Naloxone kit, visit streetconnections.ca.