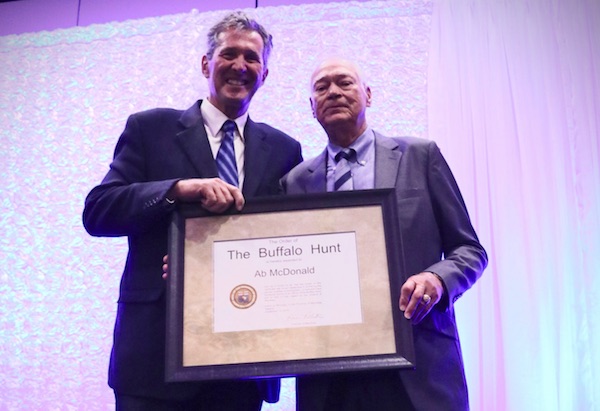 The Order of the Buffalo Hunt was awarded to McDonald, a four-time Stanley Cup winner and 40-plus-year supporter of Special Olympics Manitoba, during a ceremony Thursday evening.

“We often measure the success of a person’s life by what they have accomplished for themselves. But, it has long been my belief that a true measure of success is perhaps better defined by what a person has accomplished for their community,” Premier Brian Pallister said.

“Ab McDonald stands tall in both of these categories.”

McDonald, 80, won three Stanley Cups with the Montreal Canadiens and one with the Chicago Blackhawks. He was also the first captain of the Winnipeg Jets of the World Hockey Association in 1972.

The presentation was made during an event for Special Olympics Manitoba at the Victoria Inn.