Home » Columns » Standing on Guard for Our National Anthem: Currie

Standing on Guard for Our National Anthem: Currie 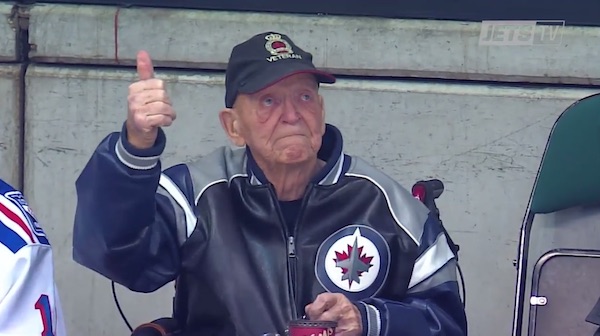 I shudder to think how many public events I have attended over the years where we are asked to stand for national anthems. More than once I have seriously wondered, “Why on earth do we do this?” At a football or hockey game, would much be lost if the referee just blew a whistle and declared the game underway?

In the United States, it has become an issue because of San Francisco 49ers quarterback Colin Kaepernick. He’s had considerable success running the offence of the 49ers, although he is now No. 2 on San Francisco’s depth chart. Right now Colin is better known for his refusal to stand for the American anthem.

He was born in Wisconsin and adopted by a white couple at a young age. His birth father, whom he never really got to know, is African American. Colin says his anthem behaviour is to protest the way people of colour are treated in his country. The action has sparked strong feelings, more against Kaepernick than supporting him in “the land of the free, and the home of the brave,” as the song says.

Did you know that Americans have the constitutional right to burn their flag without facing charges? President Barack Obama says the quarterback is perfectly within his rights to sit or kneel during the anthem. A few other athletes have followed suit, and with any luck, it will be a story that quickly fades away. Colin Kaepernick has a long-term contract that pays him millions of dollars, and if he helps his team win a Super Bowl, much will undoubtedly be forgiven.

Meanwhile, at MTS Centre where the NHL’s Winnipeg Jets play, people are sharing fond memories of a World War II veteran Len “Kroppy” Kropioski, who died this week at the age of 98. Kropioski attended every Jets home game, wearing his medals and saluting when O Canada was played.

Kroppy probably did not agree with what Kaepernick is doing, but he was proud to have worn the uniform to protect the freedom that allows people to make such choices.

On second thought , it’s probably a good thing that we do have the anthem at sporting events.