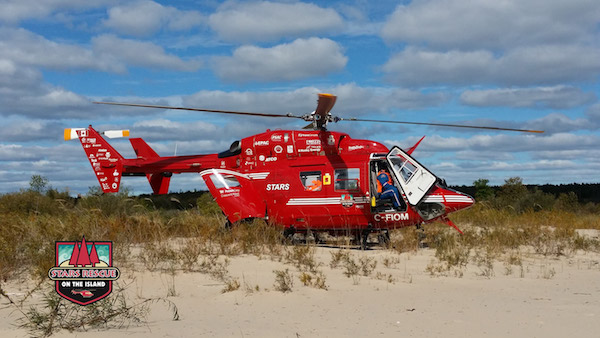 WINNIPEG — STARS air ambulance brought in $360,000 during its Rescue on the Island event over the weekend.

Eight community and business leaders were dropped off on Carter Island near Pinawa, Manitoba for the day on Friday. They had to utilize their contacts to fundraise for STARS in order to be “rescued.”

“This is our largest fundraising event in Manitoba,” said Els Fenton, executive director of the STARS Foundation in Manitoba.

“As a not-for-profit organization, STARS relies on community support and we appreciate the very generous efforts of our Rescue on the Island participants.”

Participants were dealt a series of medical challenges while on the island by stepping into the simulated role of the STARS medical crew.