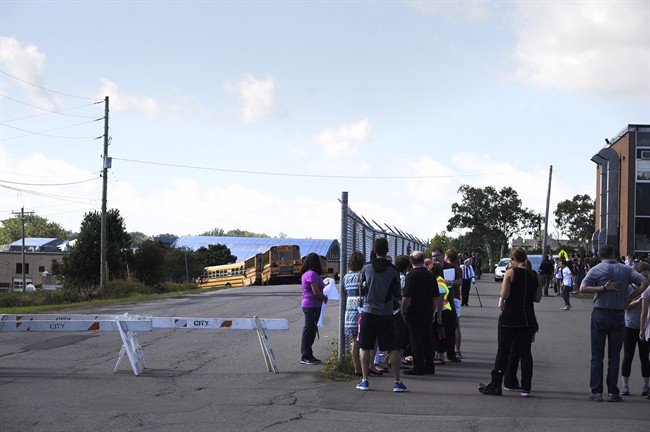 Students wait to board buses during evacuation procedures at Charlottetown Rural High School in Charlottetown, P.E.I., on Wednesday, September 21, 2016. RCMP say someone faxed a bomb threat against schools on Prince Edward Island this morning. (THE CANADIAN PRESS/Nathan Rochford)

A threatening fax message received by the Winnipeg School Division on Wednesday morning has city schools on high alert.

Police say Winnipeg’s largest school division was the recipient of the fax at around 8:30 a.m.

Similar threats were made earlier in the day to schools and school divisions in Prince Edward Island and Halifax, Nova Scotia. There are also reports of threats being made to schools in the United States.

“The Winnipeg Police Service responds to incidents of this nature with the highest priority,” police said in a statement.

“While resources are being deployed to ensure there is no risk to students or staff members, early indications are that the threat is unfounded.”