Diane Gray and David Angus to Co-Chair WTC Winnipeg Board 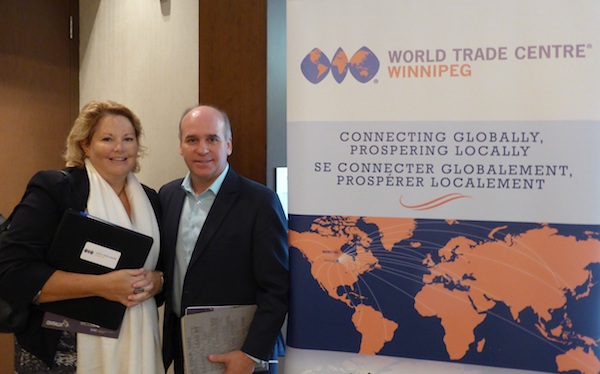 Diane Gray and David Angus are the new co-chairs of the World Trade Centre Winnipeg board of directors. (HANDOUT)

WINNIPEG — An executive powerhouse duo has been elected to co-chair the board of directors of the World Trade Centre Winnipeg.

Diane Gray, president and CEO of CentrePort Canada Inc., and David Angus, vice-president of chamber affairs for the Johnston Group, will serve as co-chairs.

“The WTC Winnipeg is in expert hands as Diane and David both embody the vision of WTC Winnipeg; believe in the economic significance of growing trade in Manitoba; and have proven business leadership expertise,” said Mariette Mulaire, president and CEO of WTC Winnipeg.

Angus was previously the president and CEO of the Winnipeg Chamber of Commerce.

“We established a solid organization under the leadership of our outgoing chair Raymond Lafond and look forward to growing and strengthening it further with our new dynamic duo.”