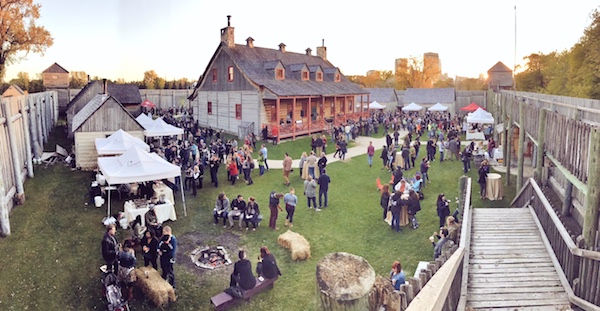 More than 500 people gathered at Fort Gibraltar for The Poutine Cup on Wednesday, September 28, 2016. (CHRISD.CA) 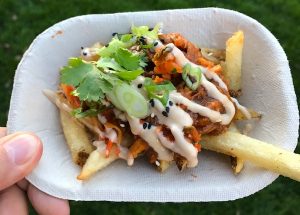 You may or may not find this on their menu in the future, but the Cornerstone Bar and Restaurant serves up Winnipeg’s best poutine.

The Osborne Village eatery was one of 10 local restaurants competing Wednesday night in The Poutine Cup in St. Boniface and ended up walking away as champions under the leadership of Sous Chef Scott Ball.

The walls of Fort Gibraltar housed the city’s largest poutine festival, paired with some of Winnipeg’s best-brewed beer to make up the third annual event.

More than 500 people came out to eat, drink, mingle and snap that perfect poutine photo for their Instagram.

Honourable mentions by the judges went to ERA Bistro, Pizzeria Gusto, and Chew.

To round out the evening, sponsor Bothwell Cheese tossed 1kg bags of cheese curds into the crowd.

Congratulations to our super talented Sous Chef Scott Ball for winning the 2016 poutine cup!!! We couldn't be prouder @housepartyscott #aintnopartylikeapoutineparty