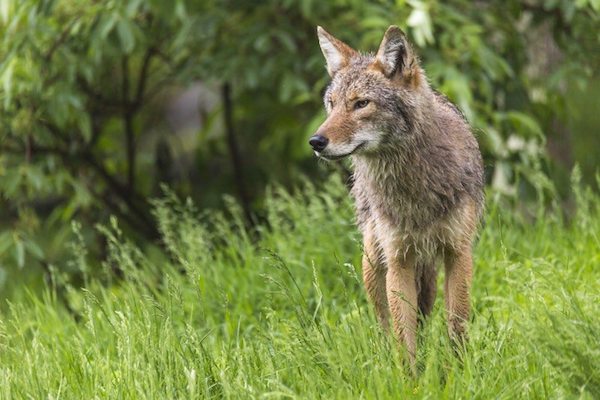 A pack of coyotes surrounded a man and his two dogs at Kilcona Park on Friday evening, prompting a warning from Winnipeg police.

Police met with the man at the Kilcona off-leash dog park at around 9:30 p.m. While walking his two large dogs, the man was surrounded by what appeared to be three large coyotes.

The trio followed the man to his vehicle and then behind it until he left the park area.

Manitoba Conservation has also been notified of the incident.

Police say they are aware of a number of recent coyote sightings in the Kilcona Park area. The animals are most active during sunrise and sunset hours.

“Park users are advised to keep dogs on a leash, and pick up and carry small dogs if confronted,” police said in a release.

Anyone who encounters aggressive wildlife within the city should contact police at (204) 986-6222 or 911 if immediately at risk.