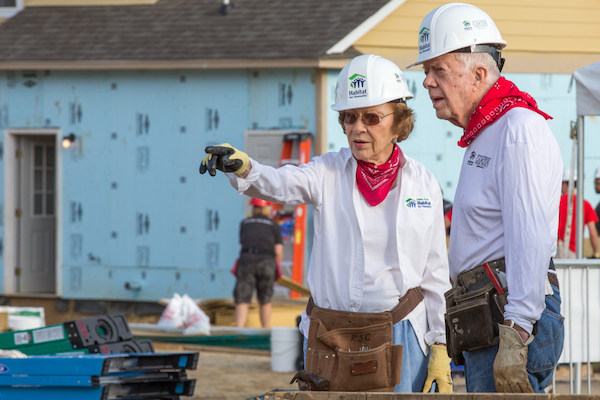 Former U.S. President Jimmy Carter’s dedication to Habitat for Humanity will see him return to Winnipeg next summer.

Carter, 92, and his wife, Rosalynn, will be in the country for the organization’s 34th Jimmy and Rosalynn Carter Work Project in July 2017 to help build 150 homes for Canada’s 150th anniversary.

The Carters will visit Winnipeg and Edmonton.

“It is an honour to host President and Mrs. Carter. We are grateful for their support and the many volunteers whose commitment to Habitat’s mission has helped us empower communities through affordable home ownership,” said Mark Rodgers, president and CEO of Habitat for Humanity Canada.

“These are homes that provide families with the strength, stability and independence they need to build a better life.”

The Carters have travelled around the world for Habitat since 1984 to build, renovate and repair more than 4,000 homes in 14 countries.