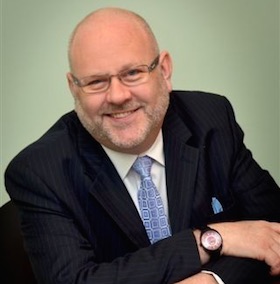 WINNIPEG — The CEO of Manitoba Liquor and Lotteries has stepped down amid reorganization at the Crown corporation.

John Stinson became CEO in February 2015, but will leave as MBLL moves into the next phase of “growth to deliver to on Manitobans’ priorities.”

“As a Board, our job is to maximize the positive impact MBLL can have on the Manitoba economy and in the lives of all Manitobans,” said board chair Polly Craik.

“Clear strategic direction, sound business principles and strong executive leadership are the keys to ensuring we are well positioned to support the province through our core operations.”

“It was a privilege to serve Manitoba Liquor & Lotteries during a time of change, and I wish the organization every success moving forward,” Stinson said in a parting statement.

The Progressive Conservative-appointed MBLL board recently cancelled a $75 million plan under the former NDP government to relocate the Crown corporation’s headquarters to downtown Winnipeg amid company-wide cost-cutting efforts.