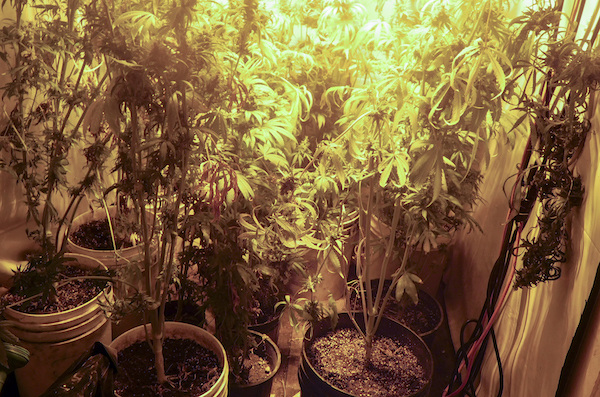 RCMP seized around 35 marijuana plants from a grow-op in Fisher River, Manitoba on September 30, 2016. (RCMP HANDOUT)

Manitoba RCMP took down a marijuana grow-op in Fisher River on September 30 and are trying to track down the man responsible.

Officers acted on a public tip that a residence was housing a multi-stage grow-op in the basement and executed a search warrant. Police seized approximately 35 plants as well as numerous items used in producing the marijuana.

Patrick Thomas, 36, of Fisher River is wanted by RCMP for the production of a controlled substance and possession for the purpose of trafficking.