RCMP Launch Investigation into Babies Switched at Birth in 1975 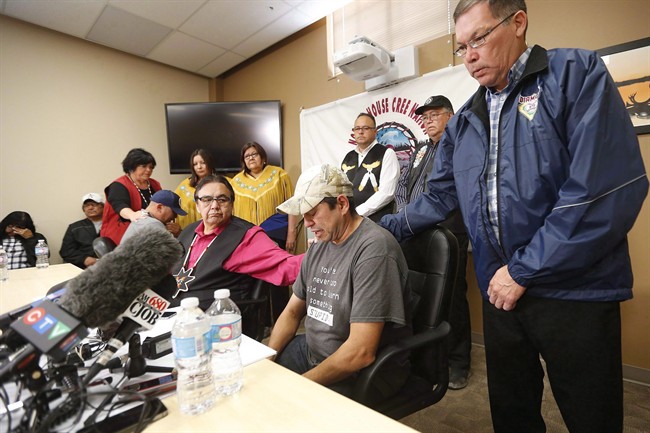 Norway House residents Leon Swanson, front second from left, and David Tait Jr., front second from right, are comforted by family and friends at a press conference in Winnipeg, Friday, August 26, 2016 where former Aboriginal Affairs Minister for Manitoba Eric Robinson announced that the two men were switched at birth in 1975 when their mothers gave birth at Norway House Indian Hospital. The RCMP says it has started an investigation into two cases of babies who were switched at birth at a northern Manitoba hospital more than 40 years ago. (THE CANADIAN PRESS/John Woods) 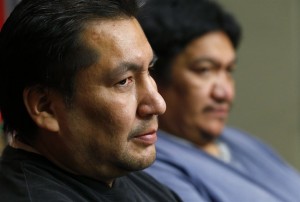 WINNIPEG — An investigation has been launched by RCMP into two cases of babies switched at birth at a northern Manitoba hospital in 1975.

Luke Monias and Norman Barkman were identified as the first two in late 2015, having been given to different Garden Hill First Nation families after being born at Norway House Indian Hospital.

In September of this year, DNA tests confirmed David Tait Jr. and Leon Swanson were also given to the wrong family at the same hospital.

“The RCMP has an obligation to the families involved and to the public to determine if the incidents at the Norway House Indian Hospital were accidental or criminal in nature,” Mounties said on Friday.

Health Canada has already launched their own investigation.

Police ask anyone who worked at the Norway House Indian Hospital in 1975 or may have any information related to this case to contact their local RCMP detachment.