Home » Columns » It’s All in the C: Young Gun Captains Making Mark in the NHL

It’s All in the C: Young Gun Captains Making Mark in the NHL 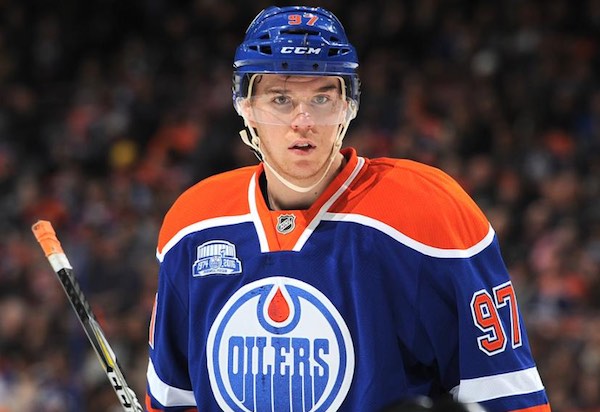 Have you noticed how the National Hockey League is becoming dominated by players who are barely old enough to vote, let alone shave or hold a driver’s licence?

This was very noticeable this past week when the Oilers hosted the Winnipeg Jets — two teams that have rarely made the playoffs in recent years. Edmonton made a great ceremony out of naming 19-year-old superstar Connor McDavid as the youngest captain in league history.

Winnipeg has several outstanding teenagers in their room, but when they needed a new man to wear the ‘C,’ they chose Blake Wheeler, an old man of 30.

One of the first teen captains was the pride of Cole Harbour, Nova Scotia, Sidney Crosby. At 29, he’s not really ‘Sid the Kid’ anymore, but he was indeed 19 when the Pittsburgh Penguins gave him the ‘C’ in 2007.

Gordie Howe broke in with Detroit in his teens, but didn’t wear the ‘C’ till he was almost 30.

Bobby Hull was a teen superstar, but he never got to be captain of either the Blackhawks in Chicago, or the Winnipeg Jets.

Many hockey lovers still argue that Bobby Orr was the greatest natural talent to ever play in the NHL. He was 18 when he broke in with Boston, but he never got to be captain of the Bruins. In fact, nobody wore the ‘C’ in Beantown during most of Bobby’s years, including 1970 when they won the Stanley Cup.

It raises the question, what exactly are the responsibilities of the captain of a professional sports team? Hockey is the game that seems to attach the most importance to the position, but there are no rules as to what the captain is responsible for.

Football is a bit different. Can anyone tell me who was captain of the Winnipeg Blue Bombers during their glory years under Bud Grant? One of them was a tough Texan named Herbie Gray. He’s the newest member of the Bombers’ Ring of Honour, but he won’t be there for the ceremony.
Herb died in 2011. Now you know.