Time for a New Approach: Jackman-Atkinson 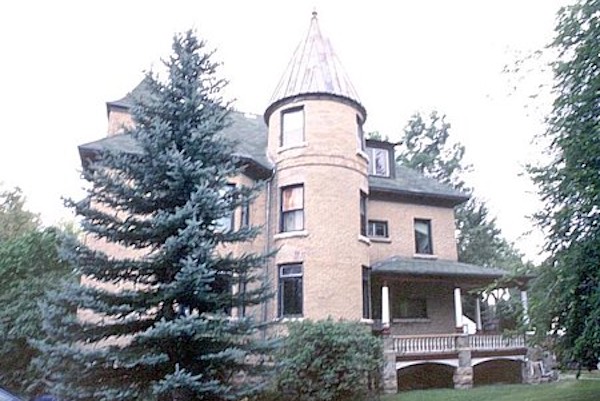 NEEPAWA, Man. — Soon, Neepawa will lose a local landmark and reminder of its early prominence. After years of neglect, the Davidson House is slated for demolition.

Built in 1887 for the town’s co-founder, businessman and politician John A. Davidson, the Davidson House stands proudly at the top of the hill on the east side of Neepawa. For more than 100 years, it has watched over the town’s development, seen by everyone as they travelled down Main Street (Highway 16).

Originally more modest, the now three-story house underwent renovations in 1901, when the two-story building was enlarged and covered with brick. It featured 26 rooms, with decorative millwork, plate rails, a curved staircase, pool room and conservancy. In 1916, it was sold to another prominent local businessman, William Henry Guinn, founder of Guinn Brothers Marble and Granite Works.

It remained in the Guinn family until 1976, when it was sold and subdivided into apartments. It has been vacant for about a decade “The Castle,” as it’s commonly called, was given a municipal heritage designation in 2000. This summer, the Town of Neepawa applied to have the designation removed. After years of neglect, the building had been deemed unfit for habitation by Manitoba Health and is slated for demolition, likely next spring.

Those who have been in the building (I haven’t) have pointed to a number of issues. A long-standing leaking roof has damaged all the wood below, the floors at each level are said to be too damaged to reliably support a person. Not surprisingly, there is also a mold problem. I have heard that the foundation needs some work too.

I’m sorry to see the building go, it’s a beautiful example of Queen Anne architecture, with high towers, bay windows and gables, but we have seen many older buildings go, as they have deteriorated. My concern is that we have allowed the building to crumble, while simultaneously celebrating it’s importance to our community with a heritage designation.

The numbers I have heard point to a minimum of $1 million, but likely more, to restore the building. We didn’t get to this point overnight- In 2006, when the building changed hands, the new owner said that it was due for a new roof. At that point, the trusses were still sound, but the sheeting needed to be replaced.

Heritage designations aren’t just given out and to be designated as a heritage site, four factors are considered: the history and context of the site or people associated with the site; the presence of a noteworthy event on the site; the site’s importance as a visual or historic landmark and whether the building has notable, rare or early example of a certain type of architecture.

This case points to a clear need for a better way to preserve and protect our heritage buildings. Caring for older buildings is expensive, especially when the goal is to keep them as close to original condition as possible. If we, as a community, have decided that a building is worth recognizing, then it’s worth preserving.

Currently, owners of designated heritage sites can get property tax credits and grants, but only for certain types of projects, but there needs to be a better incentive for owners to keep their buildings in good repair. Or punishment if they don’t. Once a building has been given heritage designation, then it should be subjected to a reduced level of property tax, as long as it is kept in good repair. The understanding being that this would free up additional money to invest in the property. On the flip side, municipalities should be able to step in more quickly to remedy a problem. For close to a decade, the building was allowed to degrade to the point that it doesn’t make sense to restore it.

The presence of heritage buildings improves the overall value of a community. In Neepawa, like in many other communities, our history is an important part of our town’s character and marketing – When people come to Neepawa, they talk about the stately buildings and the trees. It’s time the value that these buildings provide to the community as a whole be rewarded.