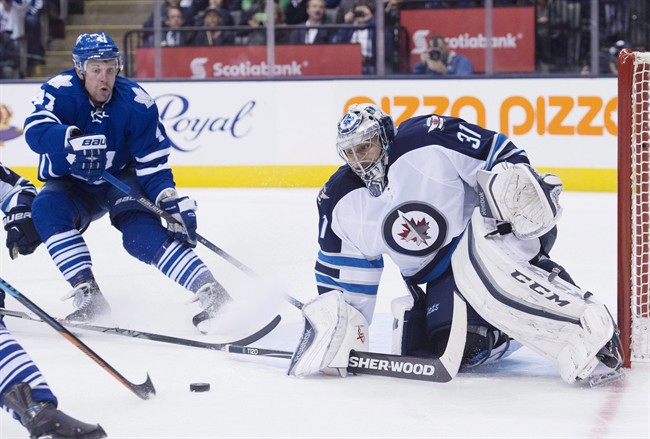 The Winnipeg Jets made some cuts on Thanksgiving Monday, sending veteran goaltender Ondrej Pavelec to the Manitoba Moose.

Pending waivers, Pavelec will suit up with the AHL club along with seven other players who have been re-assigned.

The 29-year-old is in the final year of his contract, which will pay him $4.75 million.

Goaltenders Connor Hellebuyck and Michael Hutchinson will start for the Jets later this week.

The Jets have 15 forwards, seven defencemen and two goaltenders on the roster.

The Jets open their 2016-17 regular season hosting the Carolina Hurricanes on Thursday, October 13 at MTS Centre.