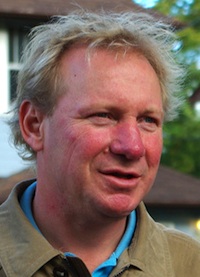 Manitoba’s justice department says in a statement that the Crown has entered a stay of proceedings against Thomas Steen.

Steen was charged in May 2014 with two counts of assault and one count of uttering threats after what police said was a domestic incident at a restaurant.

Steen was a member of Winnipeg city council at the time, and lost a bid for re-election later that year.

Steen, who is 56, played for 14 years with the Winnipeg Jets before retiring from hockey in 1995.

But he is scheduled to play alongside other former Jets in an alumni game against former members of the Edmonton Oilers on Oct. 22. The game takes place one day before the outdoor Heritage Classic between the current Jets and Oilers.

The justice department gave no explanation for the stay against Steen.

“Following a review of all the circumstances, the Crown determined that a stay of proceedings was the appropriate course of action,” said the department’s statement Thursday.

Steen took a short leave of absence from council after his arrest, citing a “personal and private issue.”

He also removed himself from the Winnipeg Police Board — a civilian group that oversees the city’s police force.

Prior to his time on council, Steen ran for the Conservative party in the 2008 federal election. He finished a close second to New Democrat Jim Maloway.