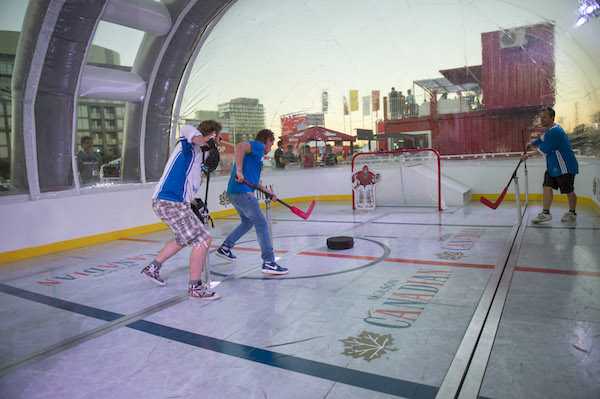 Molson Canadian Human Bubble Hockey is one of the attractions in the Spectator Plaza during next weekend’s NHL Heritage Classic festivities at Investors Group Field. (NHL)

The rink at Investors Group Field is taking shape for the upcoming 2016 NHL Heritage Classic next week, but before the puck drops, fans will be partying in the Spectator Plaza.

The NHL has designated the “U” parking lot on the University of Manitoba campus for two afternoons full of pre-game fun.

Rock band Sum 41 will play on Sunday, October 23 at noon with hits from their sixth full-length album, “13 Voices.”

The Winnipeg Jets host the Edmonton Oilers at 2 p.m. on the 23rd. Tickets are available through Ticketmaster.