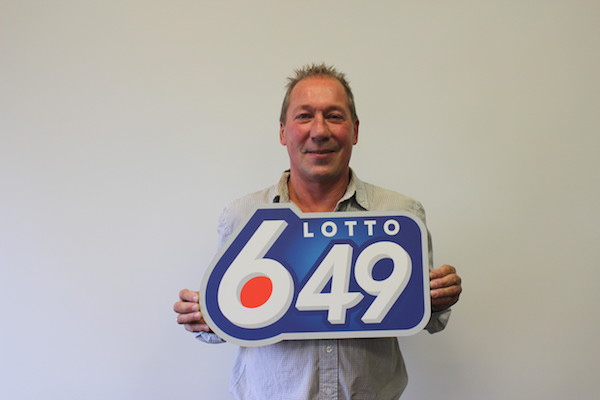 A Sandy Hook man who has regularly played Lotto 6/49 for the past 20 years has finally had his payday.

Donald Grefford won $1M in the September 28 draw, but wasn’t sure at first how much he had actually won.

“I went on the computer to look up the winning numbers,” he said. “I couldn’t believe they matched so I called my roommate over to take a second look. He wasn’t sure either.”

Grefford went to the store to scan his ticket and confirm the good news.

“At first I thought the screen read that it was a $100,000 winner. I was probably the calmest winner ever when I discovered it was actually a million!”

Grefford plans to use his winnings to pay off his house and start a construction business with his son. He is also going to put some money away for his grandkids’ educations.

The winning ticket was purchased at the St. Vital Husky at 1025 St. Mary’s Road.