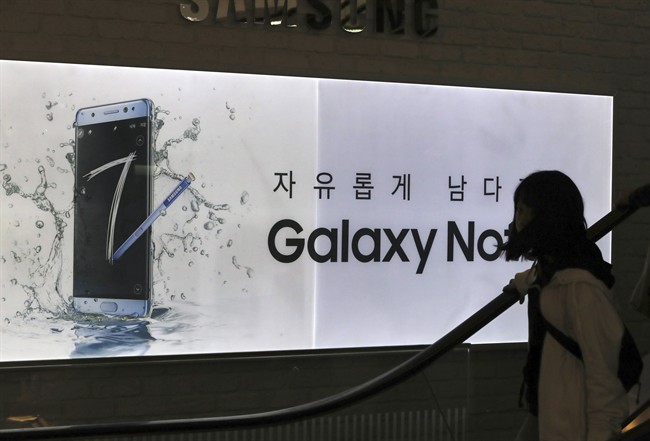 Slug this ‘Beware of those electronic toys — take two.’ The folks at Samsung are dealing with a growing nightmare that may end up being a paradigm shift in the evolving digital world in which we live.

The Galaxy Note 7 was supposed to be the company’s ticket to possibly winning the smartphone battle with competitors like Apple. The phones started catching fire because it seems the batteries simply could not provide enough power to run all the magical tasks that users were promised.

Quite a few units overheated and caught fire. The Note 7 will now be laid to rest in that special mausoleum that also includes New Coke and the Edsel.

It will be a while before we know the full extent of the losses for Samsung, but it will be in the billions of dollars. However, they still expect huge profits, and it makes you wonder… does anyone ever really admit failure anymore and suffer any consequences?

Samsung produces a wide range of products, including kitchen and laundry appliances (some of which are also catching fire), and they could probably bail right out of the smartphone and tablet world and still be profitable on the world stage.

It’s likely that we won’t ever hear about the thousands of jobs that will be lost at Samsung. The company is based in Korea, but their smartphones are made at plants in China, Vietnam, India, Brazil and Indonesia. Labour costs are much lower than facilities in North America, which probably explains why Canada is not producing the BlackBerry anymore.

Over at Apple, sales of phones and tablets account for more than 65% of their revenue stream. Anything that might cause even a slight drop in world sales of these devices could cause a seismic shift in the digital world.

When Steve Jobs was alive, Apple went bankrupt at least twice. His successors may be in for some interesting times as it says in the ancient Chinese curse.