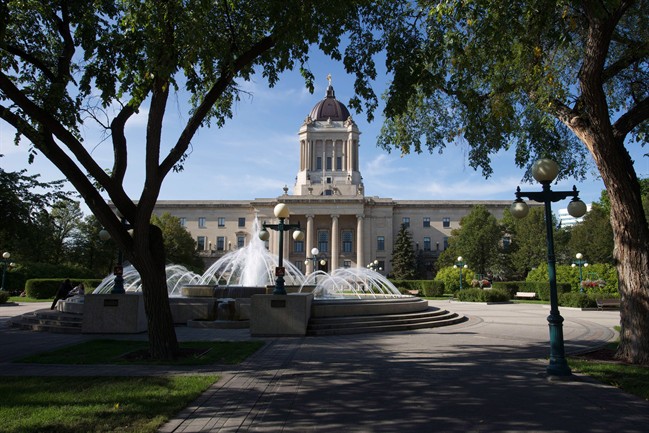 NEEPAWA, Man. — Last Thursday, the provincial government announced that they would be streamlining senior management levels within core government. In making the announcement, Finance minister Cameron Friesen explained that since 2005, the number of senior managers has increased by nearly 33 percent, almost four times more than the rate of overall staff growth within the civil service.

Despite this increase in management, Manitobans haven’t seen a noticeable improvement in services or outcomes. As most people know from their own experiences, a top-heavy corporate structure usually hinders the progress of good ideas from front line workers to those higher up, who can effect wide-spread change and improvement.

The elimination of unnecessary bureaucracy was one of the factors that helped the PC Party win the last provincial election. In making the announcement, the government noted that this is another step in their ongoing commitment to provide a more responsive and increasingly effective administrative structure, with a stronger focus on outcomes and results.

The announcement is actually a step two of their process — immediately after the election, the new government reorganized government departments. This resulted in a reduction in the size of cabinet, from 18 ministers to 12 and kicked off the review of senior management levels.

In total, 112 management positions will be eliminated under this plan and they will be spread across all government departments. The reduction will come from a combination of retirements, attrition (staff who leave and aren’t replaced) as well as layoffs. The process should be complete by the end of 2017 and is expected to generate about $10 million per year in savings.

This is welcome news for Manitobans who want a more responsive government, but it probably won’t have as big an impact as we think. This is because many “government employees” aren’t actually employed by the provincial government.

Every year, as part of the provincial government’s audited Public Accounts, there is a list of those employees who earn more than $50,000 per year, including benefits. For the year ending 2015, this list names about 10,000 people. Many of these are front line employees, but I would hazard most of them aren’t. It’s a decent approximation of the number of senior managers, since in most cases, promotions and higher pay take people further from the front lines and providing the services we want from government.

Talking to those in the industry, this seems especially prevalent when it comes to Health and we see this in the public accounts. There are almost nine pages of higher wage earners in the Health, Healthy Living and Seniors department. At first glance, this isn’t concerning — we know doctors, nurses, technicians and scientists are generally well paid. Except, this only includes those working directly for the department, not those who work for health authorities, which means the list probably includes very few front-line workers.

Everyone has a horror story about top-heavy government bureaucracy and while this won’t eliminate it, at least it’s a step in the right direction. I hope this will lead other government agencies, such as health authorities, to examine their staffing levels and whether their corporate structures are providing the best levels of service to Manitobans.