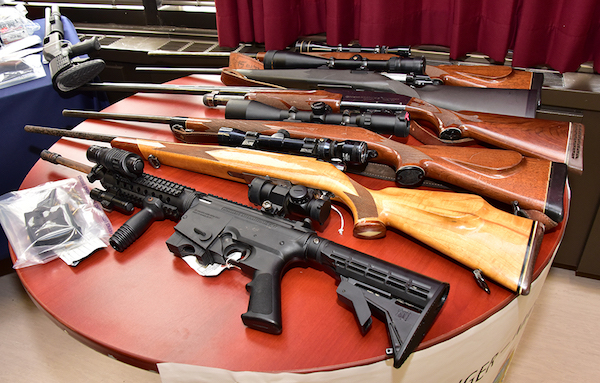 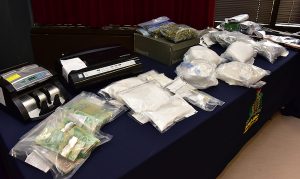 WINNIPEG – Mounties say the arrests of three men and the seizure of shotguns, an assault rifle and a large quantity of drugs should help end a recent spate of shootings in western Manitoba.

RCMP and municipal police officers from Brandon, Man., and Winnipeg displayed items they seized after a seven-month investigation called Project Derringer — several firearms, a crossbow, three kilograms of cocaine, a kilogram of methamphetamine and more.

“The past few weeks have been difficult ones for the City of Brandon. I’m well aware the recent gun violence created fear within our community,” said Brandon deputy police chief Randy Lewis on Wednesday.

“This is what happens when organized crime enters a community.”

The seizures and arrests follow four shooting incidents in the past month in the city of 46,000. In one case, 30 shots were fired at a home. No one was injured.

Police believe the crimes were part of a drug trafficking network that had recently grown in western Manitoba.

Charged with a variety of offences are Justin Tyler Reimer, 28, of Brandon; Leslie Gerald Bisson, 36, of Griswold, Man.; and Javed Ali, 29, of Georgetown, Ont.