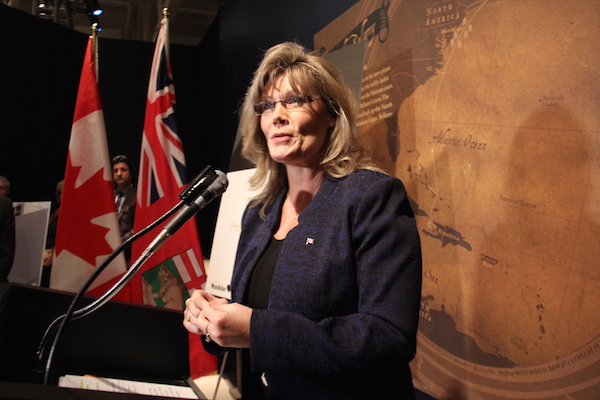 “We’ve come a long way as women in policing and it’s been a great career for me,” said Patrol Sgt. Shelly Glover with the Winnipeg Police Service.

“However, we still have a long way to go. I wish more young women would have the opportunity to help protect their communities. Our service is stronger with women in policing.”

Panellists speaking included Glover, Const. Kerri McKee of the Royal Canadian Mounted Police and Const. Shanna Bird of the Brandon Police Service. The discussion was moderated by Nadia Kidwai of CBC Manitoba and emceed by Dr. Romona Goomansingh, a member of the Manitoba Women’s Advisory Council.

Women’s History Month is held nationally in October to celebrate the advances and contributions of women in all facets of Canadian life.