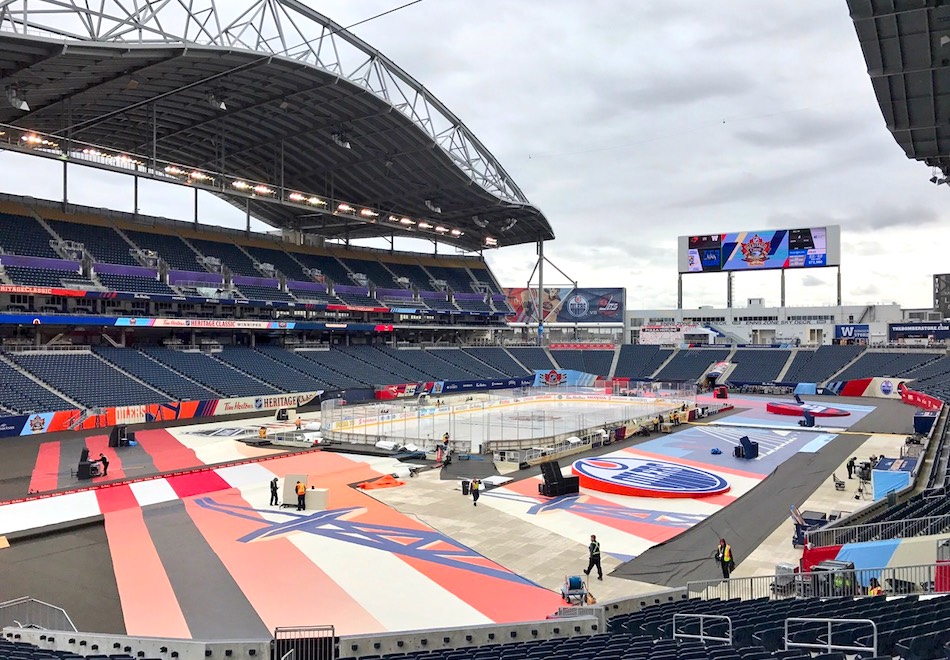 An anti-human trafficking public awareness campaign launched Friday as thousands of visitors convene on Winnipeg this weekend for the NHL Heritage Classic.

Buying Sex Is Not A Sport is a campaign from the Manitoba Sporting Events Safety Working Group, meant to publicize the rise in human trafficking and sexual exploitation with the hosting of large sporting events.

“Human traffickers use large sporting events to sexually exploit and traffic vulnerable peoples — particularly women, children and youth — into the sex trade and its violent horrors,” said former MP Joy Smith, who has funded part of the campaign, alongside the province, through The Joy Smith Foundation.

“Law enforcement agencies report an increase in the number of online ads and social media postings related to human trafficking in the weeks preceding these types of events. Working together, we can raise awareness of this issue, provide supports to victims and endeavour to protect all peoples from dangerous predators though campaigns like Buying Sex Is Not A Sport.”

Advertorial messaging will highlight the 24/7 human trafficking hotline (1-844-333-2211) and be placed in all Unicity and Duffy taxicabs, on posters and on stickers.

The hotline is staffed by trained counsellors and provides crisis intervention and assists in connecting victims/prospective victims of human trafficking, sexual exploitation and forced labour with support services.