Currie: Where’s the Class in This U.S. Election Cycle? 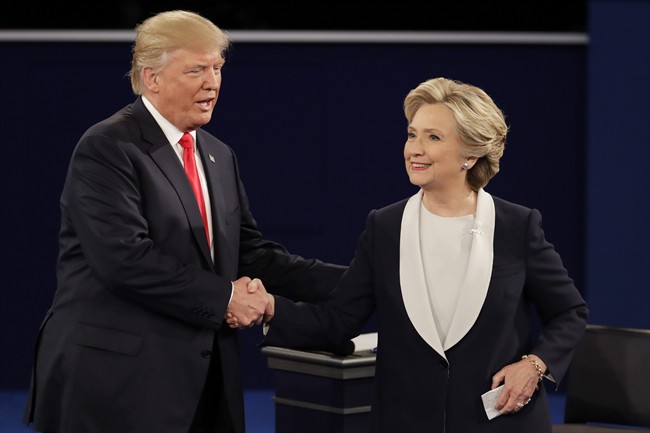 With just over two weeks to go until voting day, many Americans are feeling a strange mix of mostly negative emotions about the truly bizarre campaign involving Donald Trump and Hillary Clinton.

“How on earth did we get here?” some of them are no doubt asking. Just when you think it can’t sink any lower, the Donald hits the down button once again. This is not to suggest that Hillary has held the bar up very high either. A charitable view might suggest that the Democratic nominee is the victim of what the late Jack Matheson used to call the “Bozo Syndrome.”

Jack was a gifted sportswriter and commentator in Winnipeg for decades, and it was my honour to share an office with him for a few years. In an effort to explain why a superior team played badly against a lesser squad, he advanced the theory with tongue in cheek, that perhaps even Laurence Olivier might have a bad day, if he were playing on the same stage as Bozo the Clown.

Younger Americans, especially those who will be voting for the first time, need to be reminded that it wasn’t always like this.

In January 1993, the Clintons were moving into 1600 Pennsylvania Avenue after Bill had defeated Bush 41 at the polls. Just after his inauguration, President Clinton sat in the Oval Office for the first time. All alone on the desk was a handwritten letter from his predecessor.

The elder Bush was the last person to serve in the White House who had come close to dying in the service of his country during World War II. Clinton was born in 1946, so the letter had the tone of what a father might write to his son.

In simple but elegant language, Bush advised the incoming president to enjoy the honour that came with the office, and not to let his critics determine his course of action.

He concluded by saying, “Your success now is our country’s success. I am rooting hard for you.”

It was a classy gesture, and it’s hard to believe it was less than 24 years ago.