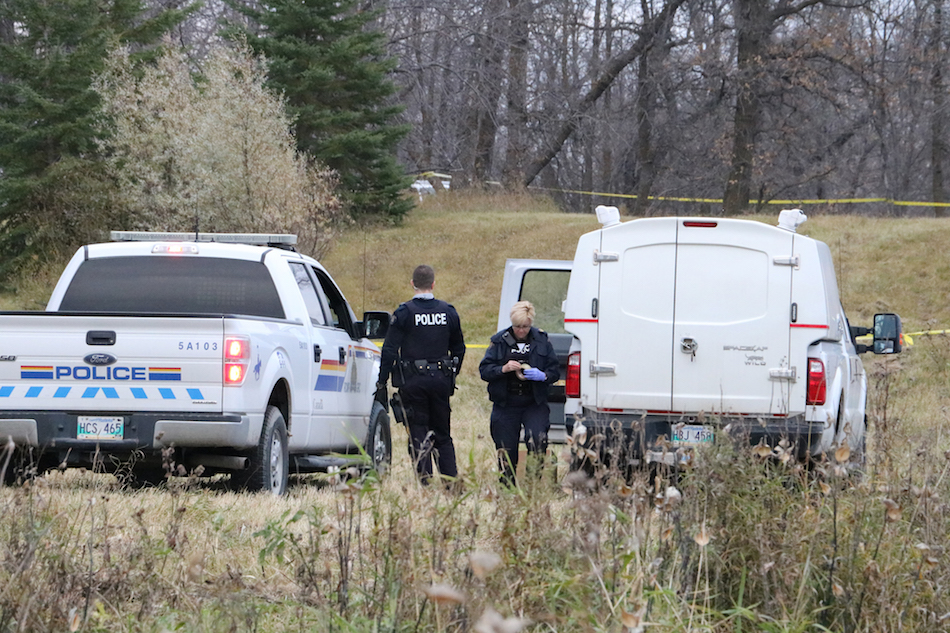 Selkirk RCMP investigate the discovery of human remains near Highway 212 and 204 on Saturday, October 22, 2016. (LINDSEY ENNS / THE SELKIRK RECORD)

RCMP in Selkirk are investigating after historic human remains were discovered on Saturday.

Officers confirmed the remains were human and contacted the Manitoba Historical Resources Branch.

Staff from the branch are assisting police in the investigation.

The scene remained taped off on Sunday.

No further information has been released.