Home » Entertainment » Review: Royal MTC’s ‘The Curious Incident of the Dog in the Night-Time’

Review: Royal MTC’s ‘The Curious Incident of the Dog in the Night-Time’ 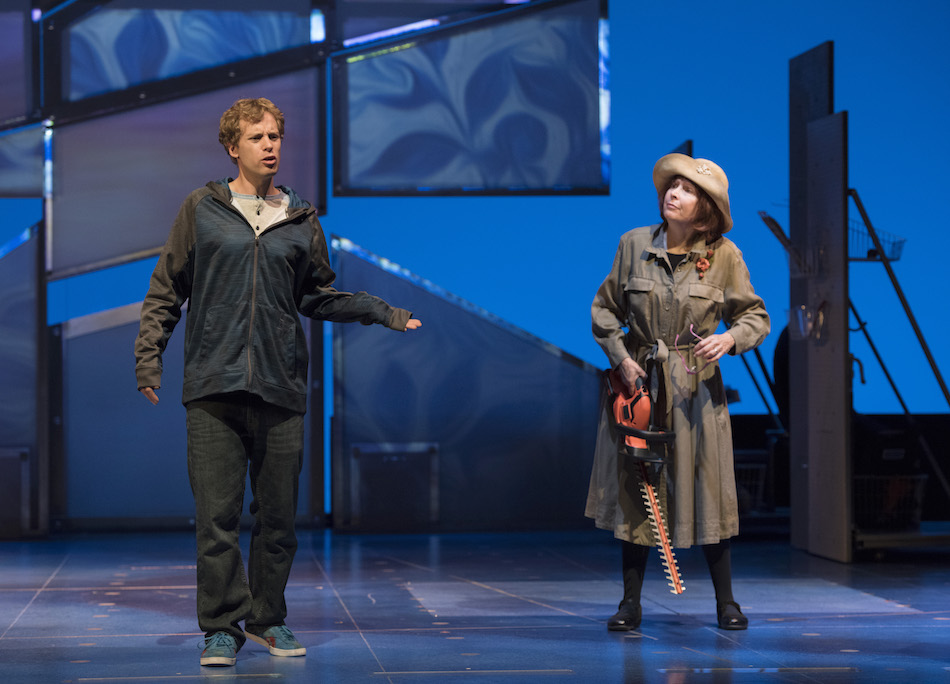 Edmund Stapleton and Terri Cherniack appear in Royal MTC’s “The Curious Incident of the Dog in the Night-Time.” (DAVID COOPER)

WINNIPEG — It’s rare I go into a show not knowing anything about it. But I knew very little about “The Curious Incident of the Dog in the Night-Time.” I knew it was a book, a book that’s become so popular that it’s now being integrated into high school reading curriculums. I knew that it was a play in London and on Broadway, it won a bunch of Tony Awards, and ran for over a year — a very long time for a play. Otherwise, I went in a blank slate.

But when I was sitting in the theatre at Royal MTC’s John Hirsch Mainstage, and the lights went down, and Edmund Stapleton appeared as Christopher Boone, I was immediately captivated. Because I saw my brother.

Maybe it was just where we were sitting, maybe it was the lighting, or maybe I’m just projecting, but I swear, I did. My brother has Asperger’s Syndrome, a form of autism. Christopher, Curious Incident’s main character, has autism, although it’s never explicitly stated. My brother isn’t as severe as Christopher, and he’s never displayed outbursts like Christopher sometimes does. But Stapleton got it right. He got the mannerisms, the behavior, the matter-of-fact tone of voice. He didn’t make Christopher a caricature. He made him a real human being. 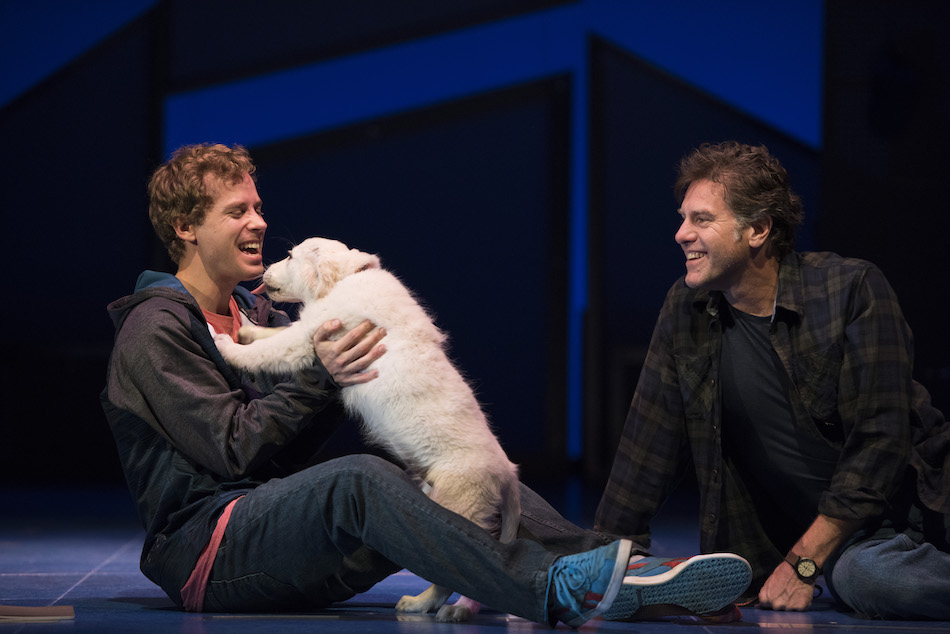 Edmund Stapleton, Rosie (the dog) and David W. Keeley. “The Curious Incident of the Dog in the Night-Time” runs until November 12 at Royal MTC. (DAVID COOPER)

I was so completely blown away by Stapleton’s performance that I forgot he was acting. I didn’t even realize that he was on the stage for the entire play (over two hours with an intermission) until I left the theatre. I watched a good third of the play through tears, and in a few scenes, I felt real anxiety. I had my hand over my mouth and I was hyperventilating and tearing up. I’ve never experienced emotion like this in the theatre before — not even when I was watching “Les Misérables,” my favourite show of all time, on Broadway from the second row.

Stapleton’s performance is more than worth the price of admission alone. But in case you need more reasons, I’m happy to oblige.

The production on Broadway was praised for its large-scale projections and innovative technical aspects. Although it’s not quite as groundbreaking here, all parts of the stage are used. Diode lights are built into the floor, projections fill the whole theatre in one scene, and when Christopher is listing items, they pop up at on the top of the stage for the audience to follow along.

The supporting cast — namely Christopher’s father, played by David W. Keeley — painted Christopher’s world with believable, human characters. His teachers, neighbours and family sometimes knew how to interact with him and sometimes failed to connect – which is exactly like real life.

The Autistic Self-Advocacy Network, Winnipeg Chapter provides a statement on “What is Austim?” inside the Curious Incident program. They say that “everybody, autistic or not, deserves to have their needs met and to have the same opportunity to live the life they want to lead.” Having the main character of a beautiful play be autistic is an amazing step toward this. 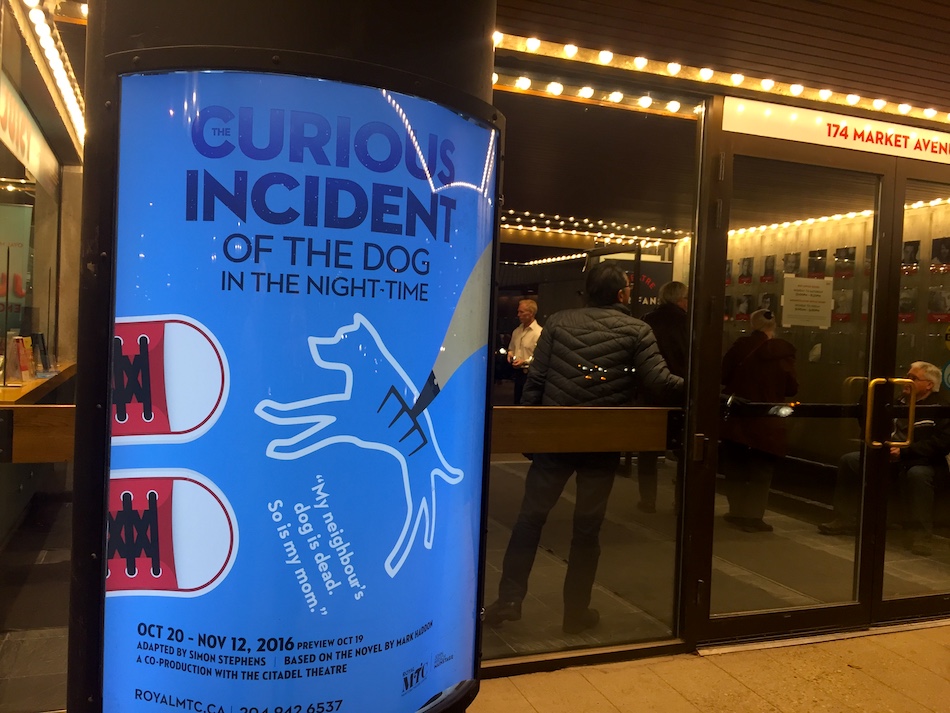 Curious Incident runs until November 12 at the John Hirsch Mainstage. On November 10, there will be a special relaxed performance for those with sensory concerns, autism spectrum disorders, learning disorders, or anyone for whom the regular theatre experience can be uncomfortable.