KPMG to Look for ‘Waste, Inefficiency’ in Manitoba’s Health-Care System 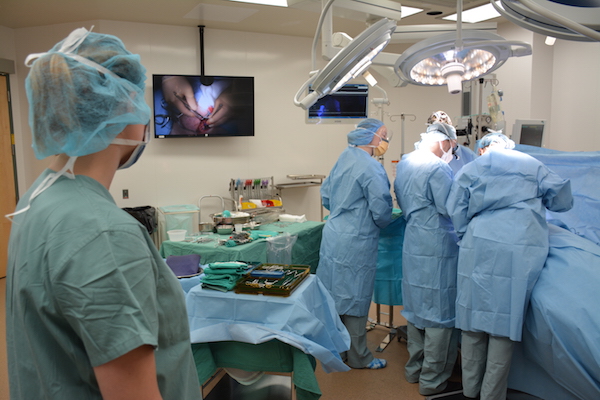 An integrated operating room at the Health Sciences Centre in Winnipeg. (HANDOUT)

WINNIPEG – The consulting firm KPMG LLP has been awarded a government contract to find ways to eliminate waste in Manitoba’s health care system and improve its efficiency and responsiveness.

The province says the government, regional health authorities, Diagnostic Services of Manitoba, Cancer Care Manitoba and the Addictions Foundation of Manitoba will be included in the Health Care Sustainability and Innovation Review.

Health Minister Kelvin Goertzen says the firm will look at whether services are being provided at a reasonable cost, if they’re producing good results and if expectations are being met.

He says in a release that the review — which was promised by the Progressive Conservatives several months ago — is timely in light of pending cuts to the Canada Health Transfer.

Goertzen also wants a first ministers meeting with the prime minister to discuss what he calls a long-term, predictable and flexible funding mechanism for health care.

An initial report is expected by the end of next January, with a final report to follow that will include recommendations and plans for implementation, timelines and estimates of the projected savings.