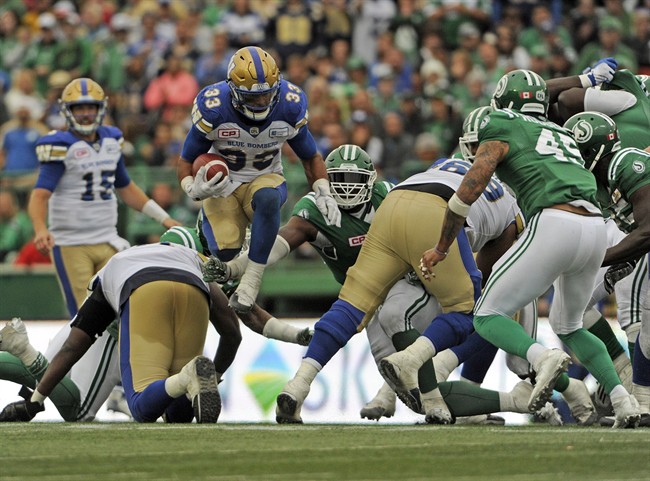 Veteran Winnipeg Blue Bombers running back Andrew Harris has been selected as the 2016 recipient of the Cal Murphy ‘Heart of a Legend Award.’

The award recognizes outstanding sportsmanship and dedication to the CFL and community.

“To be recognized by my teammates in this way means more than any award,” said Harris. “Giving back to the community that helped shape and mould the man I am today is just my way of paying it forward.”

Harris led the Bombers in rushing this year with 974 yards and four touchdowns, finishing third in the CFL and added 67 receptions for 631 yards and another score — numbers all compiled despite missing three games.

Harris has also been named the club’s most outstanding Canadian.