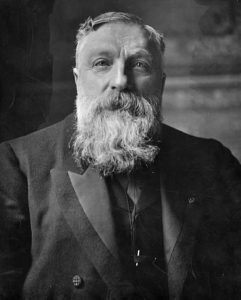 The Winnipeg Art Gallery is paying tribute to French sculptor Auguste Rodin to celebrate the November 12 birthday of the 19th-century artist.

Starting with Rodin is a new exhibit at the downtown Winnipeg gallery set to run until spring 2017. It brings together nearly 30 works of art from the WAG’s permanent collection to reflect on the significant presence of Rodin in art history, his adaptation of earlier classical themes, and impact on later modernists.

“Auguste Rodin is one of the most recognized names in the art world and is widely considered the father of modern sculpture,” said Stephen Borys, WAG director and CEO.

“We are honoured by the donation made by the Salgo Trust for Education to the WAG, and what better way to mark 176 years of Rodin than with an exhibition celebrating his lasting impact!”

Guided drop-in tours are included with gallery admission and scheduled for November 19, December 10, January 15 and 28.