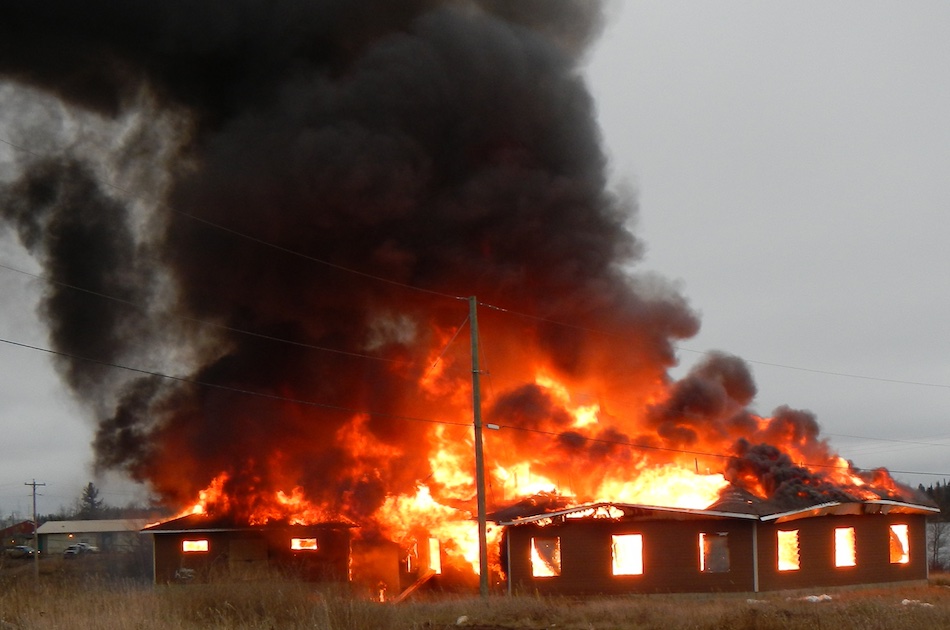 Two boys have been charged after the Garden Hill First Nation band office was set ablaze on Monday.

An Island Lake RCMP officer spotted the flames just before 10:30 a.m. shooting out of the unoccupied office, which was under construction at the time.

He heard voices in the burning building and entered through a window. One youth was found, while another was able to make it out safely. No one was injured.

Two boys, aged 12 and 13, were arrested and charged with arson.