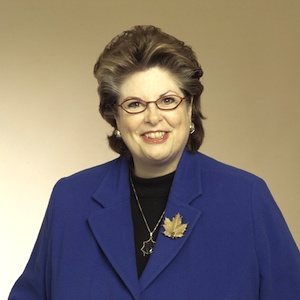 WINNIPEG — The city plans to rename its Administration Building at 510 Main Street after Susan A. Thompson, Winnipeg’s first and only female Mayor to date.

“As we celebrate the 100th anniversary of Nellie McClung helping women win the right to vote, it is fitting that we also honour a historic first for women at the municipal level,” said Mayor Brian Bowman.

“Former Mayor Thompson was the first woman to be elected Winnipeg’s Mayor, and recognizing her by renaming the administration building after her will ensure this achievement is honoured for many more years to come.”

The motion was brought forward by Speaker Devi Sharma and introduced Wednesday at executive policy committee.

City council will consider the recommendation at its next meeting on November 16, 2016.