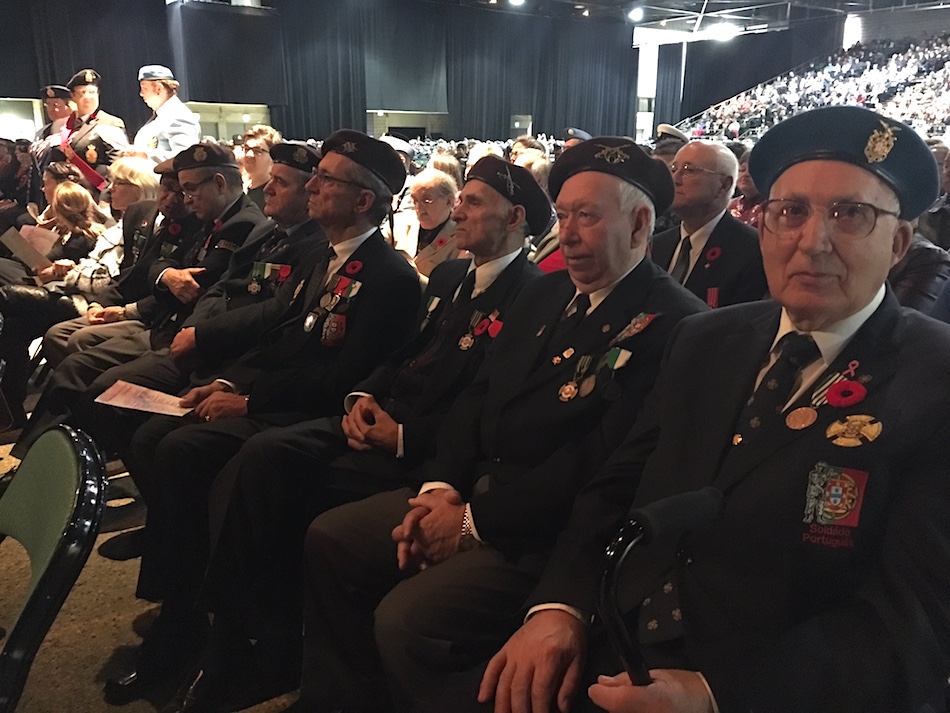 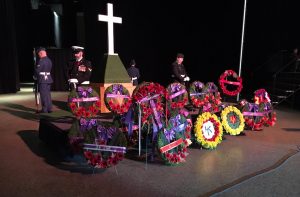 Wreaths are laid during a Remembrance Day ceremony at the RBC Convention Centre in Winnipeg on Friday. (MICHELLE BAILEY / CHRISD.CA)

WINNIPEG — Seven-year-old Katie Johnson couldn’t contain her enthusiasm as she marched on the spot, clapped her hands and then proudly saluted as her 16-year-old brother, a cadet, walked by her on Friday.

“I want to be a cadet just like him when I’m older,” she gushed.

Katie and her family were just a few of the several hundred people who gathered in a standing room only crowd at the RBC Convention Centre for Remembrance Day services this morning.

Many veterans and current members of the military came with their families, bringing with them memories that will last a lifetime.

One of those veterans was Ron Smith, who served with the Royal Canadian Navy in the mid to late 60’s.

“I was pretty young and needed something to do,” he said. “So I joined the military and it ended up being the best decision I ever made. I will never regret that decision. It taught me to be a better person.”

George Romanowski, 92, served in the 8th British Army in the Second World War. His wife, Sophia, said he may need a walker and is hard of hearing, but his memories of her husband’s time served are never far away.

As he gently pulls out a black and white photo of himself in his uniform from a file folder, George is equally as proud to show an essay written by his grandson about his grandfather’s sacrifice to his country.

“It means so much to him (George) to be here,” said Sophia. “And to have our children and grandchildren too is very special.”