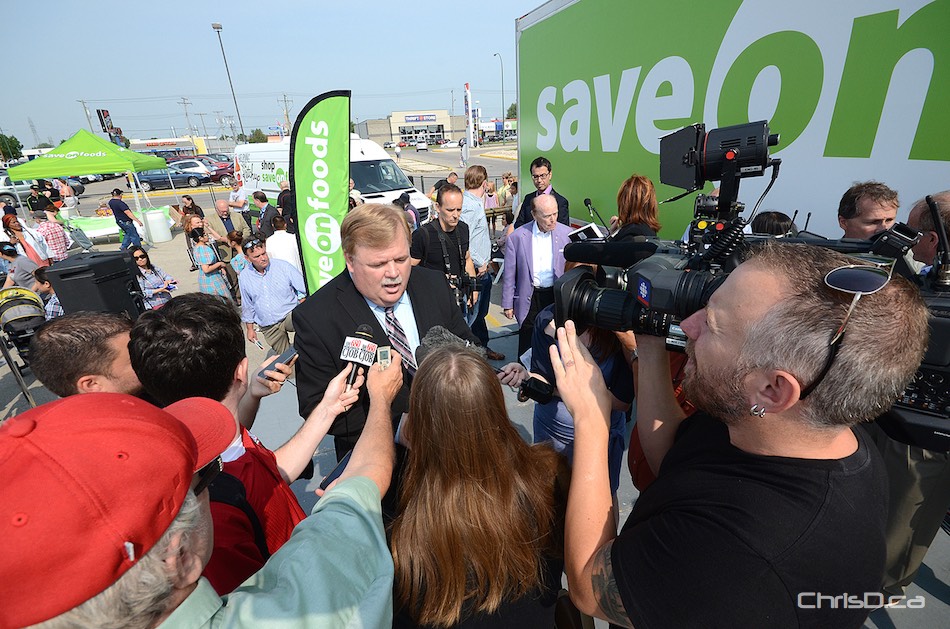 Save-On-Foods president Darrell Jones speaks to the media at an announcement at the Northgate Shopping Centre on Thursday, July 9, 2015. The company’s three Winnipeg stores will open this Saturday. (STAN MILOSEVIC / CHRISD.CA FILE)

Making your weekly grocery trip will provide a few more options for Winnipeg shoppers by this weekend.

The western grocer is new to the city, with most of its locations situated in British Columbia and Alberta.

The largest of the stores will be the Northgate Shopping Centre location on McPhillips Street inside the former Zellers. The Bridgwater Forest neighbourhood will see a location open on North Town Road, while the third grocery store will open in the former Future Shop on St. James Street.

Save-On-Foods will also open stores in Regina, Saskatoon, Yorkton and Moose Jaw as part of its eastward Canadian expansion.

Owned by Overwaitea Food Group, the grocer has partnered with Winnipeg Harvest to provide support to the local food bank.

The three Winnipeg stores will create about 1,000 jobs.