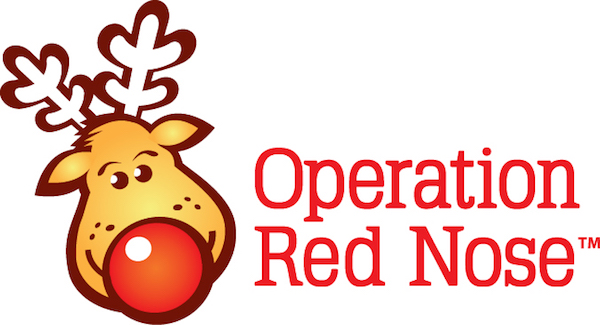 Rudy and his team of hard-working volunteers are hitting Winnipeg streets for another season of Operation Red Nose.

“As Manitoba’s leader in providing road safety training and with over 50 years of experience, Safety Services Manitoba knows the importance and the value of a program like Operation Red Nose,” said Judy Murphy, president and CEO.

“We are proud to work with ten communities, hundreds of volunteers, local and provincial sponsors and our partner, Manitoba Public Insurance, to make Manitoba roads safer, during the holidays and all year.”

For more than 20 years, Operation Red Nose has safely driven holiday revellers home in exchange for a small donation.

Teams of three arrive to pick up passengers nightly from 9 p.m. to 3 a.m.

In Winnipeg, you can call (204) 947-6673 (NOSE). Operation Red Nose National has also introduced a mobile app for use in Manitoba, available at the Apple App Store and Google Play.