Home » Columns » Right in the Centre — News Must Be Reliable, Verifiable

Right in the Centre — News Must Be Reliable, Verifiable 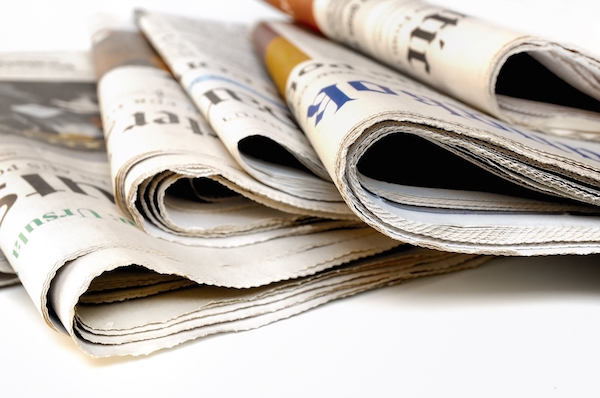 If all goes according to plan, by the time you read this column, I will have made the following presentation to the Standing Committee on Canadian Heritage in Ottawa:

I am very pleased to comment on the four assigned topics today.

Information for local communities has to be accurate and presented in an accountable fashion. That is why local media is so very important. Information has to be trustworthy and the only way to assure that is with local accountability. Is the information reliable and verifiable.

Who said this? Who wrote this?

If information is not reliable and verifiable, it’s at best useless and at worst, dangerous. In the newspaper business, that means that ownership, or at least the role of publisher, has to be locally based. The ideal is local ownership by a person or group of people who have a strong local, vested interest, who can put some boots on the ground to gather the verifiable news.

Consequences and impacts of concentration in the media (positive or negative)

Concentration in the media has been very bad for local communities both large and small. The corporate shareholder agenda is too easily subverted into chasing maximum quick cash and away from providing news and information. The publisher has to be prepared to risk and invest in staff, facilities and equipment to make a newspaper that is worthy of reading. Most corporate agendas slip quickly into cost cutting that reduces both the reliability and quality of the product which quickly spirals the newspaper into further cutting. If a paper isn’t growing, it’s dying.

Digital media is a set of tools that helps the newspaper industry. We were the first community paper in Manitoba to adopt digital photography, full page pagination and electronic transfer of pages to our printer’s facility located a two hour drive away. The web, Facebook, Twitter and emails have become our daily fare in gathering and transmitting information. We often release our stories onto our website and FB even before the print edition hits the streets. Despite this, print remains the foundational component of our business model. Two of our papers are the largest circulation papers in rural south-western Manitoba and our third paper, in the community of Rivers, is number six.

How do we see the future, where is the industry going?

Local newspapers are alive and well if they stick to their name: local, news, papers.

Advertisers need to think about the end results of their ad placements. The problem that is faced by newspapers and their advertising customers is that ads have to be placed locally or the local newspaper won’t exist. Newspapers don’t just magically appear. They have to have ads to survive. More and more papers are free distribution as it is difficult, if not impossible, to get or preserve enough subscriptions to create the critical mass, the level of circulation to make it worthwhile for an advertiser to want to buy an ad.

It’s especially important for governments and businesses to realize that every dollar spent on non-local websites and Facebook leaves the community, the province, the country. Facebook’s headquarters in Menlo Park, California is not spending money in small town or small city Manitoba. Facebook doesn’t hire local people, spend at local businesses or support local sports and community organizations

If businesses and governments cut off the advertising leg, the stool will fall over and Canada’s communities, both large and small, will tumble down as well.

Ken Waddell is the publisher of the Neepawa Banner, Neepawa Press and River Banner.

← Previous: The Whiskey Jack Could Soon Be Canada's National Bird Next: New Broadway Art Sculpture, 'Heaven Between,' to Be Lit →
Tags: