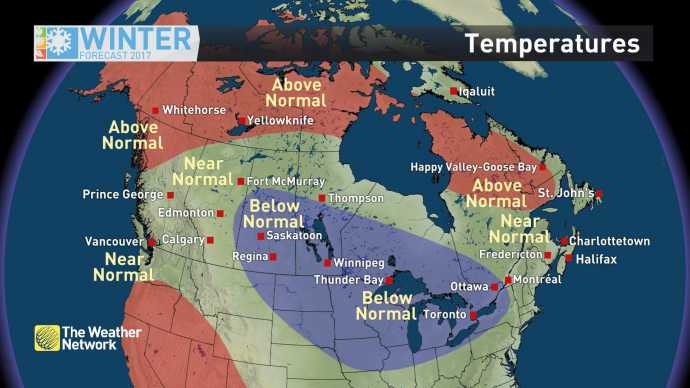 WINNIPEG — The majority of the country is about to experience a typical Canadian winter, according to The Weather Network.

TWN revealed its annual winter forecast on Tuesday, covering the months of December, January and February.

The precipitation forecast is on par to be near normal for our province. 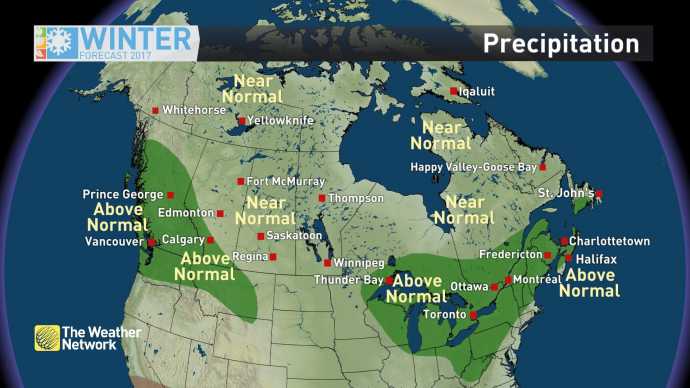 “Last winter, a record strong El Niño in the Pacific Ocean overwhelmed the country with mild conditions, but the setup going into this winter is completely different with a weak La Niña in place,” said Chris Scott, chief meteorologist at The Weather Network.

“The expected jet stream pattern favours a stormier winter across much of the country. While the exact track of each storm will determine the type of precipitation for a specific area, it’s likely most Canadians will be shovelling more snow than last winter.”