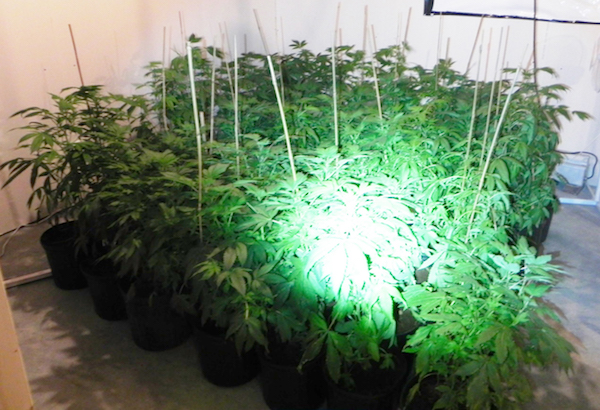 A Morden, Manitoba man has been charged after a marijuana grow-op was raided in St. Adolphe on October 22.

RCMP executed a search warrant at a residence in the community south of Winnipeg at around 6 p.m. Inside they found 300 marijuana plants in various stages of growth.

He will appear in court on Thursday.