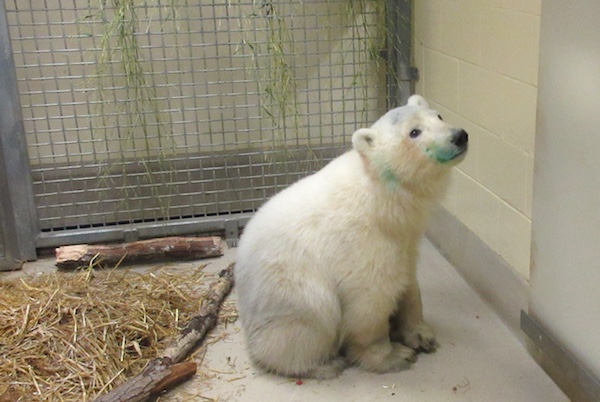 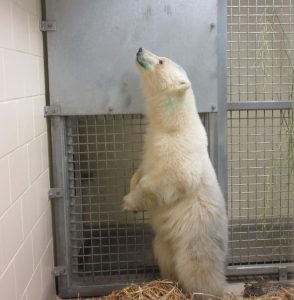 WINNIPEG — An orphaned polar bear has taken up residency at the Assiniboine Park Zoo after being brought down from Churchill, Manitoba.

The cub weighs 100 lb. and arrived Tuesday evening after being found wandering alone without her mother close to the Churchill townsite.

“This is a very unfortunate situation as it appeared we would make it through the 2016 polar bear season without a bear needing our help,” said Dr. Chris Enright.

“Luckily we have an excellent facility and a team of professionals in Churchill and at Assiniboine Park Zoo that are equipped to deal with situations like this. We are happy to report that the cub is in good health and is doing well in her new surroundings.”

Manitoba Sustainable Development transferred the bear to Winnipeg under the supervision of Enright, and Gary Lunsford, senior director of animal management and conservation at the zoo.

The cub will undergo the standard 30-day quarantine period before being introduced to the public.

The zoo is currently home to seven other polar bears.