You could win a $1.4 million Crescentwood home, and more! 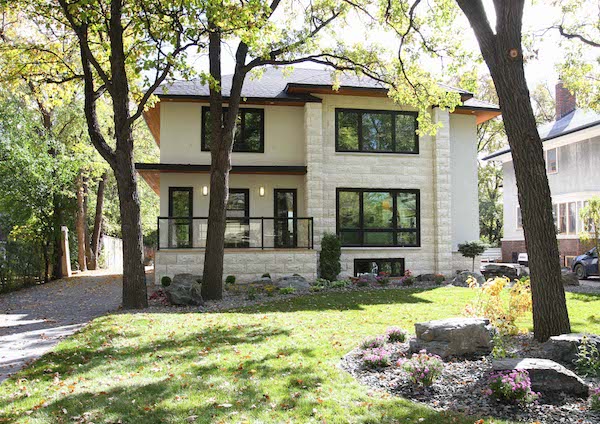 Don’t forget – the HSC Millionaire Lottery’s ABSOLUTE FINAL DEADLINE is MIDNIGHT, TONIGHT! Today is the final day to order your tickets and get entered into the Grand Prize Draw – to win 1 of 34 prizes, including a makeover Home in Crescentwood, Winnipeg… a luxury Maric Home in Charleswood… an ‘Ocean Cottage’ on Vancouver Island… or $1.1 million cash!

When Zoé Austin and her team at Areté were planning and brainstorming their renovation of this dreamy makeover home, the HSC Millionaire Lottery’s Grand Prize home, her goal was clear – take its heritage and bring it into the 21st century. To mix the best of before with the modern magic of today and tomorrow.

“We’re kept the overall shape of the original home: two-story, hip roof, interesting facade,” she says. “I’ve gone the route of a Southern California mansion, with some metal and cream finishes, and much larger windows for natural light.

“I’m coining the term ‘SoCal Traditional’ on this one – bright and airy, but still classic and warm.”

The home – located at 62 Harvard Avenue, in the heart of exclusive Crescentwood, just minutes from the excitement and culture of Corydon and, just a little further down the road, Osborne Village – dates to 1929.

It was an exciting project for Areté, and now it’s an exciting Grand Prize in HSC Foundation’s Millionaire Lottery – and it’s something thrilling for buyers, too! A truly unique and new kind of prize home. The chance to win a designer makeover home – worth a whopping $1,287,000 – smack-dab in the middle of one of Manitoba’s most desirable neighbourhood is something unique and special for hospital lotteries in the province.

With all the modern touches, technological wows, and innovative design of a showhome, plus the in-city convenience and coziness of a livable and lovely family home, this is truly a Grand Prize you can’t miss.

“The most amazing part of a home like this is that you get all the great parts of both a new and a heritage home,” says Austin. The home has kept “all the class and character” that existed before, plus the features, finishes, and “trademarks of myself and Areté,” says Austin – for example, a gas fireplace, custom touches, bright and open spaces, reclaimed wood accents, plus exterior insulation, new triple-pane windows, LED and low-voltage lighting, low-flow fixtures, and a plumbing manifold system. (“It’s like an electrical panel – for your plumbing!” says Austin.)

On Crescentwood: “My team and I feel really lucky to have the opportunity to play with a home here,” says Austin. “They don’t come to market often because the area’s residents stay as long as they can.

“The neighbourhood has everything you could want – shops, restaurants and bakeries, great schools, fantastic walkability, and plenty of green space.”

Enderton Park (also known as Peanut Park) and Munson Park are steps and a short walk away, respectively, as is “an amazing river walk.”

“Overall, this home could not be in a more wonderful neighbourhood – the community is tight-knit, the area is gorgeous, and the proximity to amazing culture and food is perfect.”

As a designer, Austin says Crescentwood is “the stuff of dreams,” with a smorgasbord of architectural variety. And while it’s in a wonderful residential neighbourhood, “There is nothing suburban or cookie-cutter here!” she says.

“I think we’ve really ‘hit the nail on the head’ with this one.”

View the photo gallery online at HSCMillionaire.com. And don’t forget to Order your Tickets today – the ABSOLUTE FINAL DEADLINE is MIDNIGHT, TONIGHT! 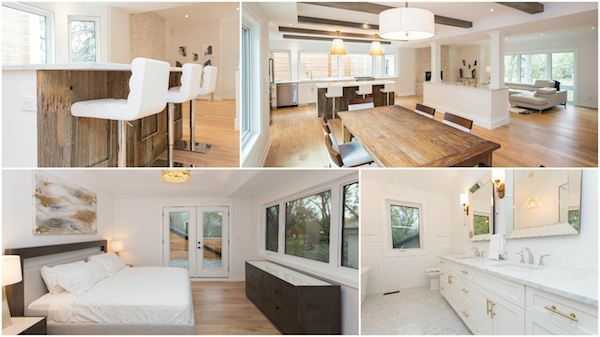 The biggest Grand Prize in this year’s HSC Millionaire Lottery is this designer makeover home at 62 Harvard Avenue, in Winnipeg’s Crescentwood neighbourhood. Built and designed by Zoé Austin and Areté, and styled with decor from Design Manitoba. Grand Prize worth over $1.4 million. 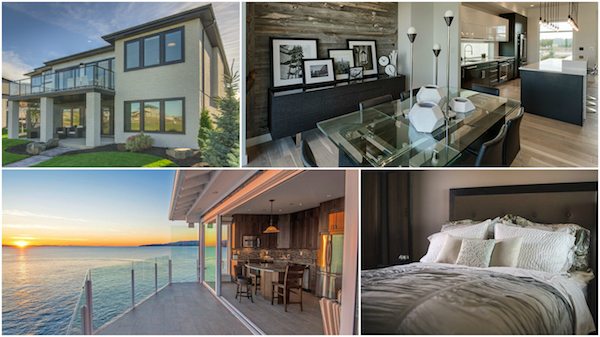 Also available as options for this year’s Grand Prize winner are two more home packages – a luxury prize home by Maric Homes in Charleswood’s new RidgeWood West neighbourhood (top) and an ‘Ocean Cottage’ at SookePoint on Vancouver Island (bottom). And the fourth Grand Prize options is a whopping $1.1 million cash.

This is a sponsored advertorial on behalf of the HSC Millionaire Lottery.