Home » News » Survey Says… Not All Manitobans Buckling Up

Survey Says… Not All Manitobans Buckling Up 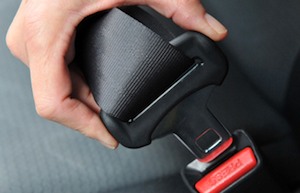 When it comes to seatbelt use, not all Manitobans are clicking in.

Thirteen rural locations were recently selected by Citizens on Patrol Program (COPP) for a study, where more than 600 people were observed not wearing a seatbelt while driving.

The average seatbelt compliance rate from the October study was 94.7 percent — a decrease of 0.4 percent from spring 2016. Cellphone use by drivers was also observed, with 98.7 percent of drivers complying with the law.

The twice-a-year observation was carried out in October with a dozen COPP groups in partnership with local RCMP detachments.

“A 0.4 percent decline in rural seatbelt use may not seem significant but with the number of road deaths that have occurred on our provincial highways so far in 2016, and the fact that seat belt use can literally make the difference between life and death in a serious motor vehicle collision, these observational studies are important and help to raise awareness about the simple steps that drivers and passengers can take to keep themselves safe in the event of a collision,” said Ward Keith with Manitoba Public Insurance.