North Kildonan Home Illuminates 200,000 Christmas Lights for a Cause 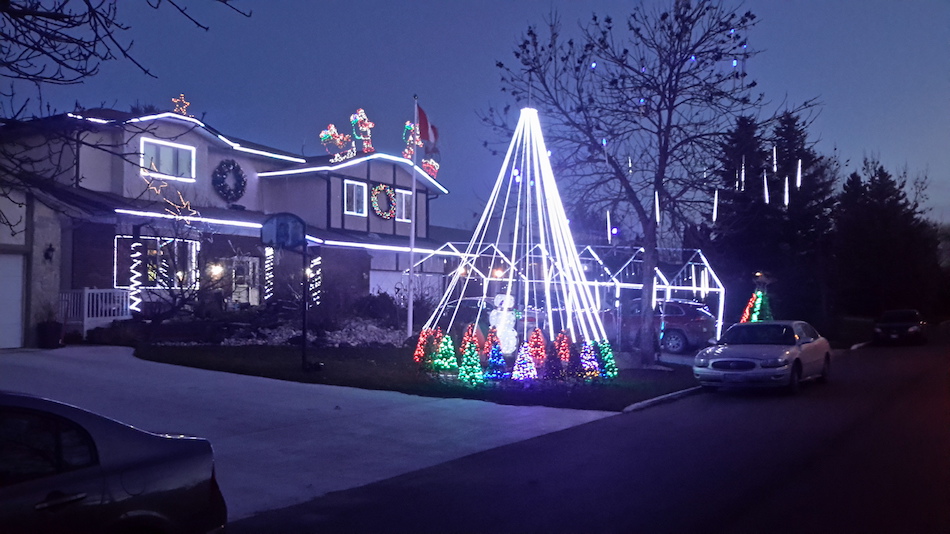 A Winnipeg cancer survivor is lighting up his yard again this year to raise awareness for the fight against the disease.

Michael Geiger-Wolf‘s home in North Kildonan has become a staple of the holiday season, raising $42,000 in the six years of his Christmas light display.

“We turned on the lights to get people into the holiday spirit and help Manitoba cancer patients and their families,” Geiger-Wolf says. “We spend the year adding lights and making the display even better and now it’s time to turn the lights out on cancer while enjoying some Christmas cheer.”

Donations to the Canadian Cancer Society can be made on site or online at Geiger-Wolf.com.

“More Manitobans are surviving cancer than ever before and I’m proof. I’ve beat it not once but twice thanks to the research that is being carried out throughout Canada,” Geiger-Wolf added.

The display is illuminated nightly at 18 Mildred Street.